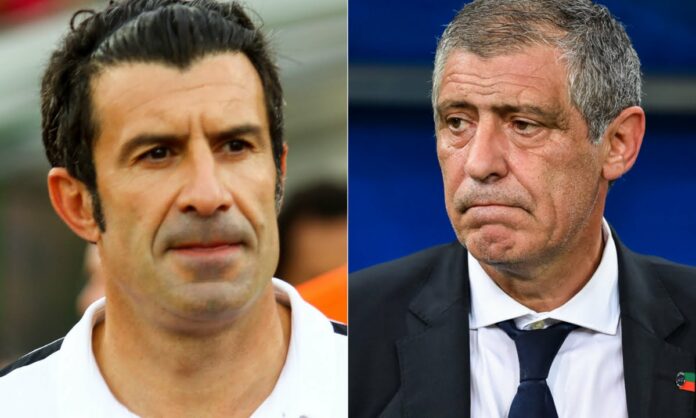 Figo, who represented Portugal during the 2002 and 2006 FIFA World Cup tournaments, said Santos cannot win the World Cup, leaving Ronaldo on the bench, adding that the manager made a mistake.

Santos benched Ronaldo once again as Morocco defeated Portugal in the World Cup quarter-final tie at the weekend in Qatar.

Ronaldo had started all three of Portugal’s group-stage games.

However, the 37-year-old was left out of the starting XI against Switzerland in the last 16 as 21-year-old Goncalo Ramos replaced him.

The former Manchester United forward was once again benched against Morocco.

The five-time Ballon d’ Or winner was introduced just six minutes after the commencement of the second half, but Morocco was leading through a 42nd-minute goal from Youssef En-Nessyri as the match eventually ended 1-0.

“You can’t win the World Cup with Cristiano on the bench. Leaving Cristiano Ronaldo on the bench was a mistake. This defeat is the responsibility of Fernando Santos,” Figo was quoted by Sportskeeda as saying.

RELATED POSTS:  Osimhen: Spalletti has made me a better player