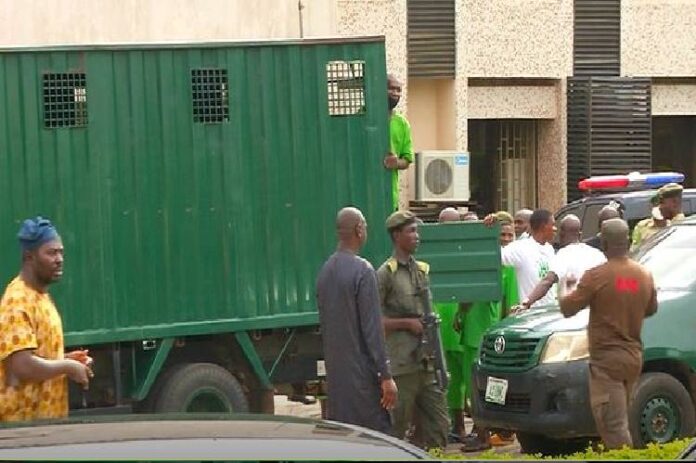 The Federal High Court sitting in Lafia, the capital of Nasarawa State has admitted the bail application of two Chinese Nationals and twenty-eight other Suspects

The charges against the suspects, borders on conspiracy, economic sabotage, terrorism among others.

The court admitted the bail application with conditions that the defendants should produce titled documents within Lafia, an undertaken by a blood relation.

The defendants are also expected to present two surety each, one of which must be a civil servant of grade level seventeen and a bail bond of twenty million naira attached to each of the defendant.

The court adjourned sitting to October nineteen for continuation of hearing.