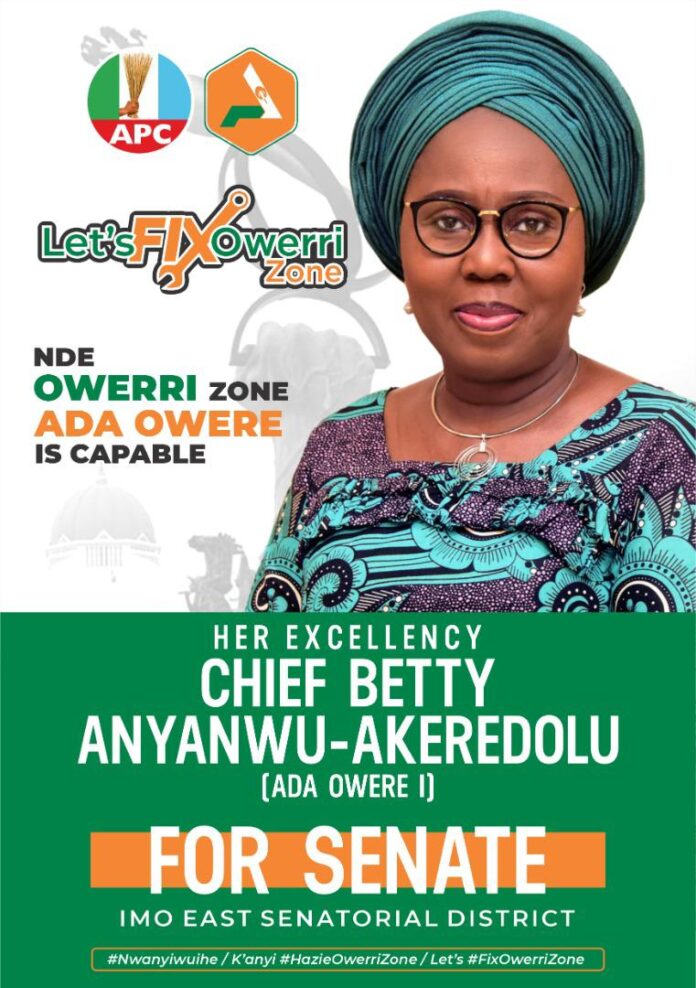 Wife of Ondo State Governor, Betty Akeredolu, who is contesting the All Progressives Congress (APC) Primary election in Imo West, was chased out of the party secretariat in Imo on Saturday.

The Ondo First Lady who hails from Imo had led her supporters to the secretariat to protest the consensus option adopted by the party in choosing its candidate for the 2023 election.

Confusion erupted when her supporters went berserk, insisting that they must be allowed to vote, but the police tried to control the crowd.

In the process, there was stampede as both journalists and delegates who had also arrived for the exercise scampered for safety.

The policemen had to chase Akeredolu and her supporters out of the premises to continue their protest.

Akeredolu, who addressed journalists at the gate of the secretariat, said that its injustice to allow aspirants to campaign only to be told that the party had adopted consensus option.

She said, ” I am insisting that we must go by delegate election. I cannot waste time and resources campaigning only to be told that candidates would emerge by consensus. We must vote and if I lose gallantly, I will accept the result,” she said.