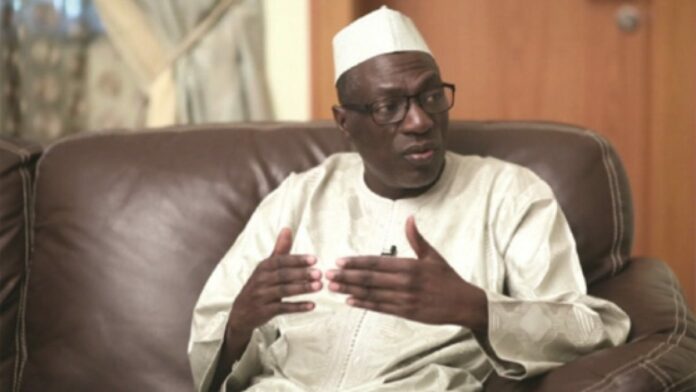 Former Kaduna State governor, Senator Ahmed Mohammed Makarfi has called on opposition parties in the country to unite to chase out the All Progressives Congress (APC) for bad governance, Njenje Media News reports.

Makarfi who was also the former National Chairman of the Caretaker committee of the Peoples Democratic Party (PDP), further explained that there is so much frustration in the land.

“We must get it right on the first ballot; deceit was used in the past, but cannot work again in 2023. The opposition must come together to chase out bad government,” he said.

He advised Nigerians to vote out any party that does not respect Nigeria’s diversity, particularly, religious differences.

Senator Makarfi stated this, on Wednesday, in Kaduna when he accompanied the Kaduna State governorship candidate, Hon. Ashiru to a meeting with the Christian clergy under the Christian Association of Nigeria (CAN), the Muslim Ummahs, and the Southern Kaduna People’s Union (SOKAPU).

According to him, APC’s strategy is to divide people on various grounds and now religion is being used. “But we must not fall for it because in a divided society you need to bring people together,” he stated.

He called on the state guber hopeful to consider restoration of the teaching of religious studies in schools if he is eventually elected, for the purpose of restoring morality and proper upbringing of children.

He reminded Christians and Muslims alike of all the efforts he put in place when he held sway as governor to unify the citizens of the state but lamented that the state has never been polarized on religious grounds like it is today.

RELATED POSTS:  2023: You will not regret voting APC to power - Tinubu assures Nigerians