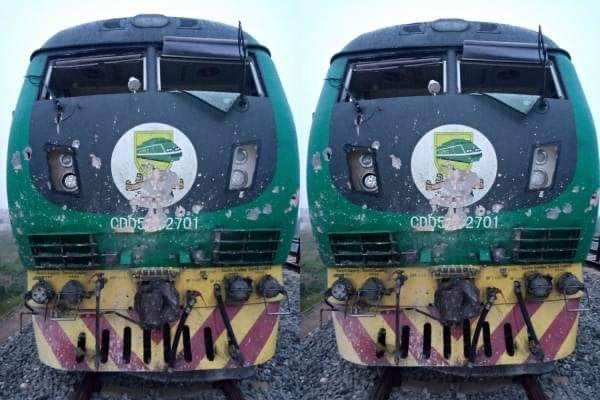 Offices at the Rigasa Train Station were also shut.

At the Rigassa train stations in Kaduna, the mood is somber, with people seen waiting to get more information about their loved ones who also boarded that train.

It was gathered that an NRC staff, a cleaner who was on board was killed, while another is nowhere to be found.

Their colleagues could also be seen gathered at the train station but refused to talk to newsmen on Camera.

At about 8:40 am the commissioner for Internal Security and home affairs Samuel Aruwan visited the Rigassa train station and he appeared to be talking to officials of the Rigassa station about the passengers’ Manifest.

A relative of one of the passengers on board the train however lamented the absence of any information to direct them on what the current situation is on abduction or otherwise of people.