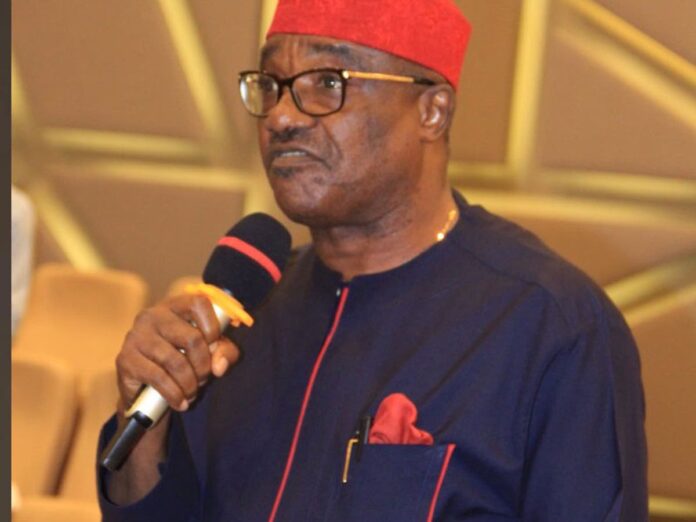 A former Speaker of the ECOWAS Parliament, Senator Mao Ohuabunwa has questioned the wisdom and reasonability of the security agencies hunting for suspected members of the Eastern Security Network, ESN in the southeast while bandits and terrorists are sacking communities in the North and taking over their ancestral land almost unchallenged.

Senator Ohuabunwa who spoke on the heels of media reports and confirmations by some Northern governors that terrorists have now taken over many communities in the region seizing people’s wives, said “Nigeria is cruising on a highway to abbys.”

He said that hunting for suspected personnel of ESN who are resisting the invasion of Eastern communities by bandits and Killer herdsmen while bandits on killing spree occupy territories raises some curious questions.

The former Leader of the House of Representatives warned that the current security situation in the country if not properly handled could plunge Nigeria into civil unrest.

Senator Ohuabunwa who strongly condemned attacks against security formations in the zone, however, said that indiscriminate arrests of suspected sponsors of unknown gunmen “without proper investigation could make innocent citizens suffer for what they don’t know”.

He challenged members of the National Assembly to rise to their constitutional responsibility of oversight functions and call the security agencies to order.

Ohuabunwa said the use of excessive force against peaceful agitators while being over soft on real and internationally recognized terrorists cast dark shadow on Nigeria’s global image.

” I don’t think it makes any sense going after those defending their land against terrorists while being lenient on the same killers decimating indigenous communities and taking over their land.

” Nigeria should not be seen to be using deodorant against terrorists while using sledgehammer on fellow citizens; it’s not good for our global perception”.

Senator Ohuabunwa challenged South East governors and political leaders to stop living in self-denial over the security realities in the zone and the grave implications on the future and survival of Ndigbo.

He said that keeping silent in the face of disturbing development is a sign of cowardice which is not a virtue of any good leader.

Ohuabunwa who represented Abia North in the eighth senates renewed his call for power devolution and formation of state or regional police which he said would be the panacea to the growing insecurity in the country.

He also suggested the immediate convocation of national dialogue of all ethnic nationalities in the country to brainstorm on the way forward, warning that Nigeria might not survive for too long if the current situation is allowed to fester.

“We shall all be consumed by the dark cloud unless we all rise to nip it at the bud now”, he warned

Senator Ohuabunwa asked South East Governors to immediately convoke a security summit on how to stem the rising wave of insecurity in the zone pending the national dialogue.

“I am not evading Justice”- Maina speaks from hospital bed