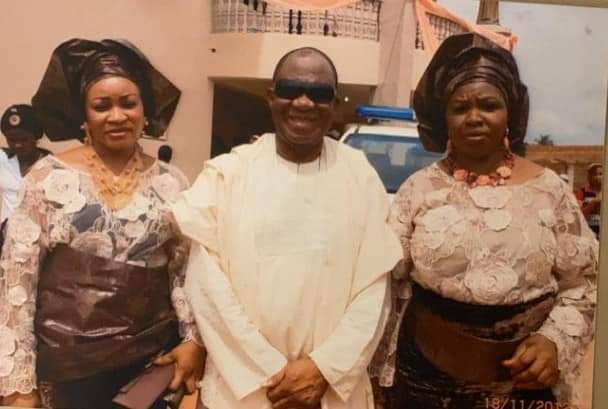 The social media niche has been awash with a trending story of how a mother of six was thrown out of her marriage of 39 years.

The common rhetoric in many quarters was that Chief Leemon Ikpea divorced his wife, 64 year-old Mrs. Agnes Ikpea because of a side-chick named Mrs. Justina.

The Social Media court had in turn declared Justina guilty based on sponsored vile posts in blogs against her person. The argument being that she as side-chick caused the separation and intending divorce of Chief Leemon Ikpea and Mrs. Agnes Ikpea.

The fact of the case is that Chief Ikpea had applied for the dissolution of his marriage to Mrs Agnes due to irreconcilable differences, and the matter is still in court and it would be subjudice to address the details of the matter as it is in a competent court of the land.

But what we seek to address is the misconception in certain quarters that Mrs Agnes lost her marriage because of a side-chick with name Justina. An insinuation that had portrayed Justina in a very bad light.

The truth of the matter is that Mrs Justina was NEVER a side-chick or a mistress to Chief Ikpea but a wife of 24 years who was married according to traditional rites.

She was neither pregnant before the marriage before it would be assumed she pinned a pregnancy on Chief Ikpea but had her first child three years after the traditional marriage.

There are verifiable claims with family pictures to back them up.

Mrs. Agnes was cognizant of Mrs. Justina’s marriage to Chief Ikpea as she was duly notified, present at the traditional marriage ceremony, lived together for 24 years under the same roof, attended public functions together and it is deliberate misinformation, falsehood and an attempt to pin Mrs Agnes current spat with her husband on a Justina with the tag of a side chick.

Both women (Agnes and Justina) had children for Chief Ikpea and he has taken care of all the children of the first wife including buying choice houses for each of the children and Mrs. Justina couldn’t stop that from happening, is it now she is now a side-chick?

The current disagreement between Chief Ikpea and his first wife, Mrs. Agnes is personal between them and would be addressed in court, and there may or may not be chance for reconciliation but referring to a duly wedded second wife as a side-chick , linking her to being behind the divorce is an attempt to transfer aggression and blackmail the second wife and her children.

If there is anyone to be held responsible and asked why things got awry, it should be the husband, Chief Leemon Ikpea, who in this case is calling the shots.

Attached are the pictures of family functions that shows Chief Ikpea, Mrs Agnes and Mrs Justina together.

Also attached are the pictures of the traditional wedding ceremony between Chief Ikpea and Mrs. Justina.