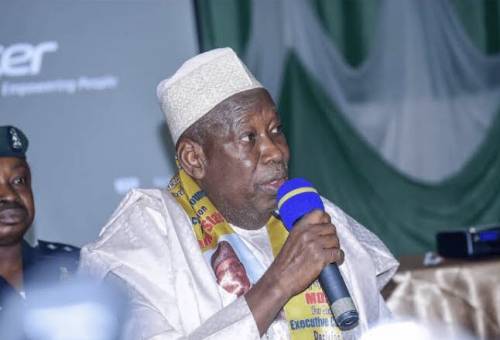 The Kano State Governor, Abdullahi Ganduje, has advocated a ban on Fulani herdsmen coming in from other countries, Njenje Media News reports.

The governor claimed the foreign Fulani herders are the ones who commit crimes while their Nigerian counterparts get blamed for them.

“There are three categories of Fulani. There are Fulani, there are herders and their foreign Fulani herders who commit crimes.”

“It is often forgotten that there are foreigners among those Fulani herders but nobody is talking about them. The moment a foreign Fulani herder infiltrated into Nigeria and committed a crime, he would be considered as Nigerian Fulani. Therefore, it is time to ban them from entering Nigeria.”

He also said a bill should be passed by the National Assembly to resolve the farmers/herders’ conflicts.

“Those herders travelling from the North to South should be banned from doing so. Those that are saying they should not be banned from trekking to the southern part of the country for grazing should use their children to do so.”

“This is a national issue. A robust bill by the National Assembly is the only answer to the issue of farmers/herders’ conflict,’’ Ganduje said.

RELATED POSTS:  Why I Did Not Implement Report Of 2014 National Conference – Goodluck Jonathan