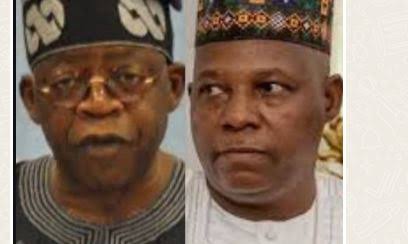 Senator Kashim Shettima has been announced as the running mate of the presidential candidate of the All Progressives Congress, Bola Tinubu, Njenje Media News reports.

Tinubu had paid a visit to President Buhari in Daura, Katsina State to inform the Nigerian leader of his running mate.

Quizzed by reporters after the meeting, he said he has chosen the former Borno State Governor as his Vice-Presidential running mate, even though he hasn’t informed him.

Tinubu and the APC will now be running of a Muslim/Muslim ticket.