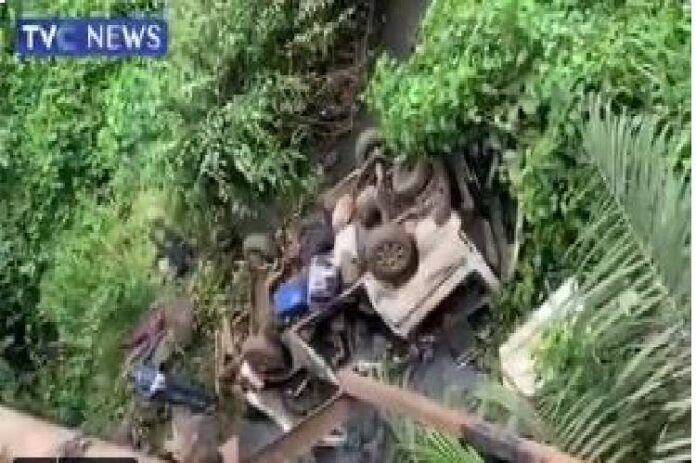 It was gathered that the driver of the bus was overspeeding, lost control, and plunged into the Owena river. he was coming from Ondo and heading to Akure.

The number of casualties is yet to be ascertained as of the time of filing in this report.

Some dead people were seen inside the river and rock around the scene of the accident.

Dr Obadiah Mailafiya Has Been Released By The DSS After Interrogation,...