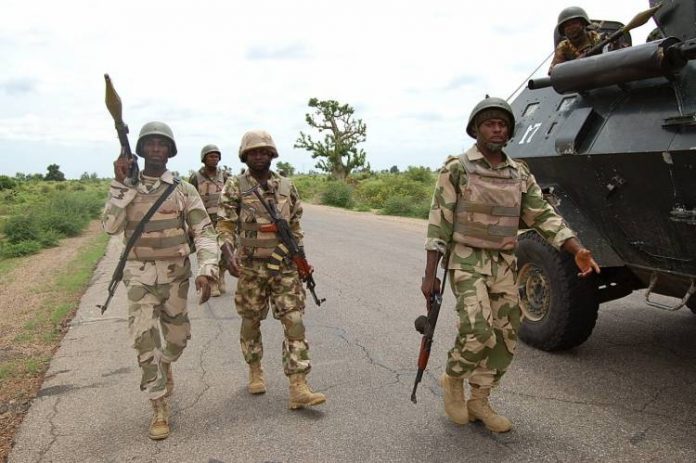 At least two people suspected to be armed bandits have been killed by men of the Nigerian Army at Massallacin Gongono village in Tangaza local government area of Sokoto State.

A military source not authorized to speak on the matter told TVC News Correspondent in Sokoto that the bandits attacked the military base in Tangaza, but were resisted by men and officers of the Nigerian Army with superior firepower.

He says no casualty on the side of the Nigerian Army and no civilian is caught in the crossfire as the bandits were roundly defeated in the battle.

Some members of the community claimed the casualty figures on the part of the bandits may be more than the recorded figures as they say the bandits were seen moving the corpses of their member in a Hilux Van.

The Role Of the Academia In Countering Extremism – Prof. Wole...