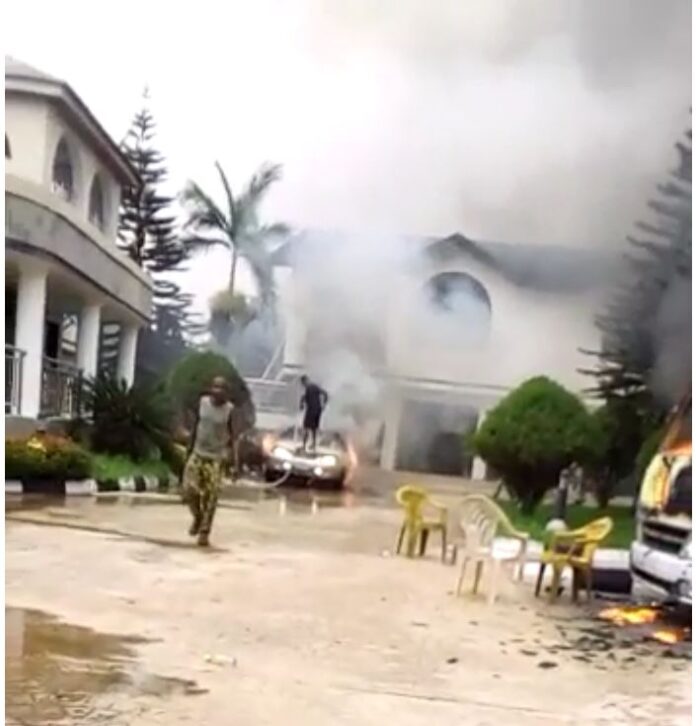 Gunmen have reportedly attacked the Omuma country home of the governor of Imo state, Hope Uzodinma in the early hours of Saturday,  Njenje Media News reports.

They burnt some cars but unable to set the building ablaze before they were repelled by the security but the gunmen allegedly killed two other security men at Oguta- Mgbidi junction, a road that leads to the governor’s country home.

Imo State Commissioner for Information and Strategy, Declan Emelumba while confirming the incident, said the security operatives were able to successfully repel the attackers.
The Imo State Police Command is yet to confirm the attack on Governor Hope Uzodinma’s house.