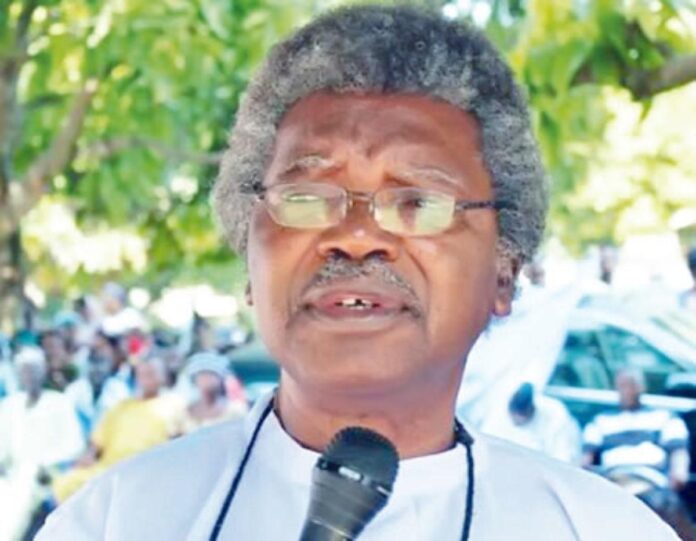 Elder Statesman and former Minister of Steel in the Second Republic, Wantaregh Paul Unongo has cautioned those castigating Governor Samuel Ortom of Benue state for speaking out against the herdsmen attacks in his state and worsening insecurity in the country to refrain from their actions, Njenje Media News reports.

The former Chairman of Northern Elders’ Forum, NEF, said the Benue Governor has not done anything outside his constitutional duties and has not descended to inciting crisis in the country as being alleged by the presidency.

Unongo who spoke, Monday, at the Benue stakeholders meeting held in Makurdi put together by the State Government in Makurdi said the message the Governor had consistently passed across to the President Muhammadu Buhari and the entire country was that Benue people communities were being attacked by suspected armed Fulani herdsmen and that the development was becoming unbearable.

Wantaregh Unongo said the Benue Governor was only doing what every man with the thought of his people at heart would do.

He said Governor Ortom, who he described as “my son” was not fighting the President as alluded by the Presidency and some misinformed Nigerian but demonstrating his constitutional role.

Wantaregh Unongo said, “I will advise those who are painting the picture that Ortom is fighting a personal or political war with the President to desist forthwith.

“Ortom is only doing what every man with the thoughts of his people at heart will do. The best thing is for Mr. President to listen to Ortom without a bias mind. Those who are trying to paint Ortom bad before the President are really doing him the President more damage.”

The elder statesman said both Ortom and Buhari were constitutional creations and it would only paint a dictatorial tone if the  president opts for intimidation and blackmail, instead of setting aside bias in order to listen to the Governor.

The elder statesman who reminisced the sacrifice the people of the state made to keep the country together, particularly during the civil war where several soldiers from the state were killed said the ongoing killings were painful.

He promised to get across to the President with a view to presenting the situation to him even as he urged all parties to resort to dialogue.

NACTMORA Reaches Out To Prof. Kingsley Moghalu To Run For ...