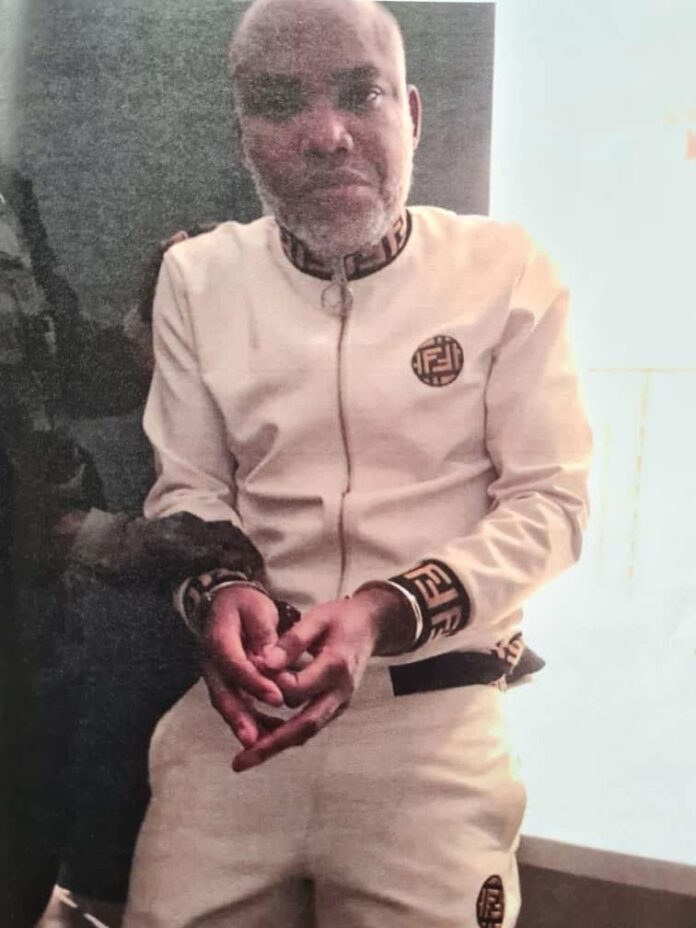 The Indigenous People of Biafra (IPOB), has declared indefinite sit-at-home every Monday till Kanu is released, while also vowing to cripple the Nigerian economy if their demands are not met, Njenje Media News reports.

Kanu’s counsel, Barrister Ifeanyi Ejiofor had complained about the ‘less involvement of the British government in Kanu’s case.

According to Media and Publicity Secretary, Emma Powerful: “I can confirm, British high commission and government are not doing much about this case. I can confirm to you that there’s a very likelihood of connivance in the effect of my client on the part of the British government”.

However, reacting to his release, IPOB said: “We the global family of the Indigenous People of Biafra IPOB (IPOB) ably led by our great leader Mazi Nnamdi Kanu, wish to announce to all Biafra citizens, friends of Biafra and lovers of Biafra freedom and independence that IPOB leadership has declared every Monday ‘a ghost Monday’. This declaration takes effect from Monday, August 9, 2021.

“From that day Biafra land will be on lockdown every Monday from 6:00am to 6:00pm until our leader, Mazi Nnamdi Kanu who was unlawfully abuducted in Kenya and illegally detained by the federal government of Nigeria is released.

“We wish to state full details of this coming ghost Mondays every week, our people must understand that it was designed to show the world how serious we are towards this fight for Biafra freedom and independence everybody must adhere to this clarion call put in place by the leadership of IPOB and it would be good for everyone to know that IPOB will not relent until Biafra is fully achieved, the DSS can go ahead and keep our leader Mazi Nnamdi Kanu incommunicado without access to him and we observed that DSS operatives are torturing our leader Mazi Nnamdi Kanu to the point of death that was why they don’t want anybody to see his state of health in the DSS facility.

RELATED POSTS:  Many 'Okada' Riders In Oyo Are Spies For Bandits And Foreign Kidnappers -- Amotekun Commandant

“DSS should know that if any thing untoward happen to him they are going to confirm what IPOB is made and they will understand that we are prepared for this freedom. Our Leader Mazi Nnamdi Kanu is not a criminal and has the rights to be visited in their custody. This is a call for Biafran leaders, politicians especially those mentioned names as those behind his abduction and rendition to Nigeria, if anything happens to our leader Mazi Nnamdi Kanu all of them should prepare never to come back to Biafraland because it will not accommodate us together. Nobody should take our quietness for cowardice Our intelligence reveals that Nnamdi Kanu is under serious torture and humaniliation because he refused all offer given to him.

“We declare every Monday sit- at- home throughout Biafra land until  our leader Mazi Nnamdi Kanu, regains his freedom. The federal government must  allow him access to his personal physicians, and allow him to sign documents given to him by the British Government  to provide him consular assistance. This peaceful protest  will continue ones every week until our demands are met.

“We urge Biafrans to be prepared because we will no longer fold our arms while our leader who is fighting for the liberation of the oppressed indigenous nationalities in Nigeria is languishing in detention. We are going to cripple Nigerian economy until they free him.

“Consequently, all institutions public and private,  transport companies, schools, banks, markets, airports and sea ports in Biafra land must shut down every Monday beginning from August 9.  People are to remain indoors to register their concern over the fate of our Leader and the rest of all agitators languishing in various security detentions.

“Nobody should attempt to flout this directive as doing so may come with huge consequences. Anybody flouting this order is taking a grave risk.

“Nnamdi Kanu has sacrificed so much for Biafra, so sacrificing Mondays of every week is not too much for us. Fulani herdsmen have continued to kill our people yet the federal government failed to protect our people.”