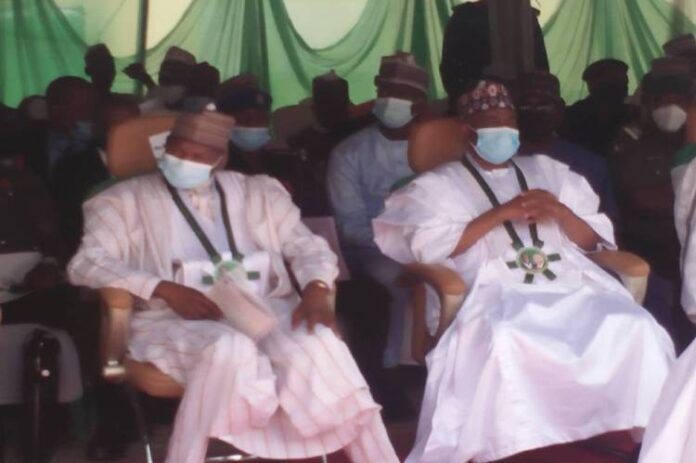 The Nigerian Government has said it would soon unveil an enhanced salary package structure and improved condition of service structure for judges in the country, Njenje Media News reports.

The Attorney General and Minister of Justice, Abubakar Malami SAN, in Sokoto at the commissioning of the re-modeled Sokoto State High Court complex, said it is part of government efforts to support the judiciary in a bid to enable it to discharge its constitutional roles in sustaining the country’s democracy.

According to Malami, the Judiciary remains a strong catalyst for sustaining democracy, through its “protection of our democratic principles, such as the enforcement of rules of law, promotion of checks-and-balances, preservation of the principles of separation of powers, and proactive judicial activisms become the bedrocks for sustainable democracy.”

Malami, who emphasized the importance of an independent judiciary in every democracy, noted with the last amendment to the Constitution and the Executive Order 10, the issue of financial autonomy for state judiciary and legislature ought not to be negotiable.

He noted that the decision by the Sokoto State Government to remodel the High Court was an indication of Governor Aminu Tambuwal’s support for the Federal Government’s efforts to ensure financial autonomy for the Judiciary and Legislature at the state level.

Tambuwals currently chairs the sub-committee set up by the Nigeria Governors’ Forum (NGF) for the implementation of Executive Order 10 and related constitutional provisions on financial autonomy for state Judiciary and Legislature.

Video; Abducted Kankara Schoolboys Cries For Help, Says Some Of Them...

Police Arrest Man For Not Rescuing Wife After She Slumped During...