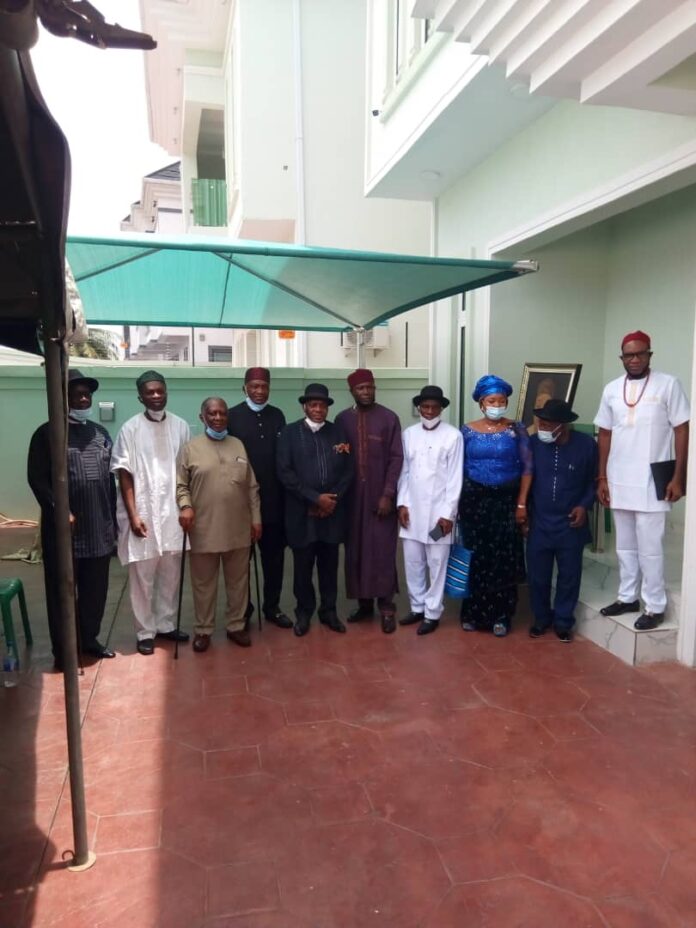 The President General emeritus of Ohanaeze Ndigbo Worldwide and National Coordinator of Southern and Middle Belt Forum, Chief John Nnia Nwodo today led a High Powered delegation of the group to pay a condolence visit to Dr. Joe-Okei Odumakin over the demise of her husband Comrade Yinka Odumakin who was also the group’s Secretary.

Chief Nwodo in his remarks described Yinka as a great achiever and key player in the groups quest for restructuring of Nigeria. In his words “It will be difficult to fill the vaccum Yinka’s sudden departure has brought to us at SMBF”.
Describing him further as creature of a different kind with high integrity.

He prayed that Yinka’s struggles for a restructured Nigeria will be achieved as the group is more determined now than ever. He also prayed for peaceful repose of his Soul and for God’s Comfort for his family and loved ones.

Dr Joe Okei Odumakin thanked the group for finding time to commiserate with the family.

The group also visited Pa Ayo Adebanjo the Leader of Afenifere Group at his Lekki residence to also condole with him.

Below are pictures from the condolence visit.

To Correct NIN Details, Nigerians Are To Pay N15k — NIMC

#ENDSARS: Government Denials and Crackdowns, What Next?