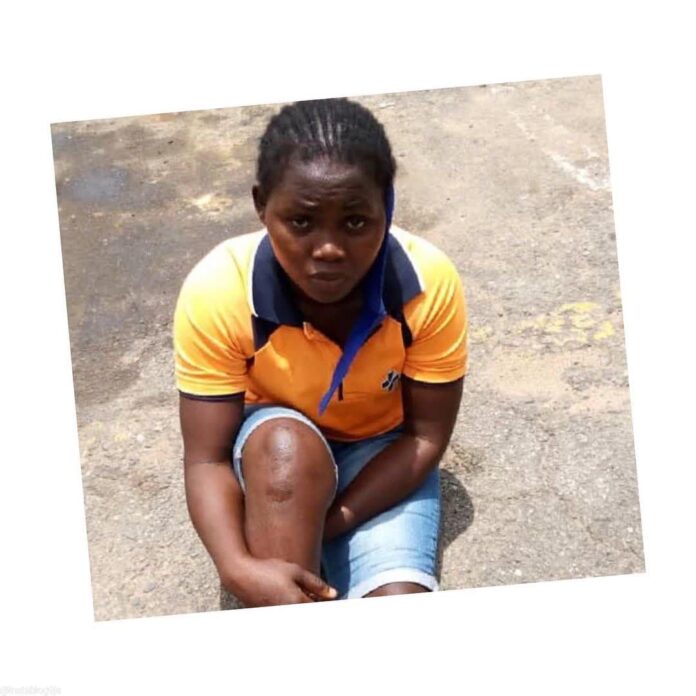 28-year old mother of three, Justina Eje has been arrested by the police in Lagos State for allegedly stabbing her husband to death in the Ikorodu area of the state, Njenje Media News reports.

Reports say the suspect stabbed her husband, Edwin Anduaka, with a kitchen knife during a domestic quarrel.

The State Commissioner of police, Hakeem Odumosu, while parading the suspect at the command headquarters, Ikeja, on Monday, March 22, said the couple had been separated for sometime.

In her confessional statement, Justina said:

“My late husband came to my house in Ikorodu on that fateful day. While he was in my house, he wanted to collect a chain and a cloth from me which he did. We later started an argument, I tried to calm him down but he refused.”

“He left but came back to meet me at my business place, the next day. He said he wanted to collect the children’s clothes but I told him they will be going to school. I pleaded with him.”

“All this while I was holding a knife and he started beating me. Unfortunately, the knife I was holding pierced his stomach and he fell down. He was rushed to the hospital where he was confirmed dead.”