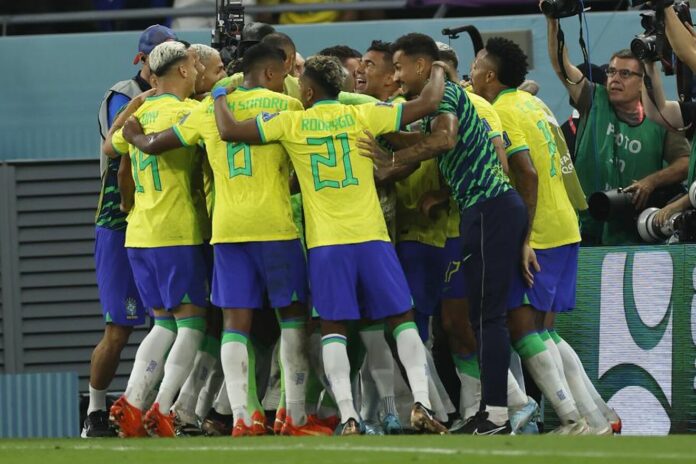 Brazil will take on Croatia in the quarter-final of the 2022 World Cup, Njenje Media News reports.

The five-time winners put on a spectacular show on Monday night, as they swept aside Korea 4-1 in their last-16 clash.

Tite’s men raced into a two-goal lead within 10 minutes, thanks to Vinicius Jr’s assured finish and Neymar’s penalty.

Richarlison finished off a stunning team move, before Lucas Paqueta added a fourth.

Korea grabbed a consolation goal in the second half of the contest.

Earlier in the day, Croatia booked their spot in the quarter-final, after overcoming Japan on penalties.