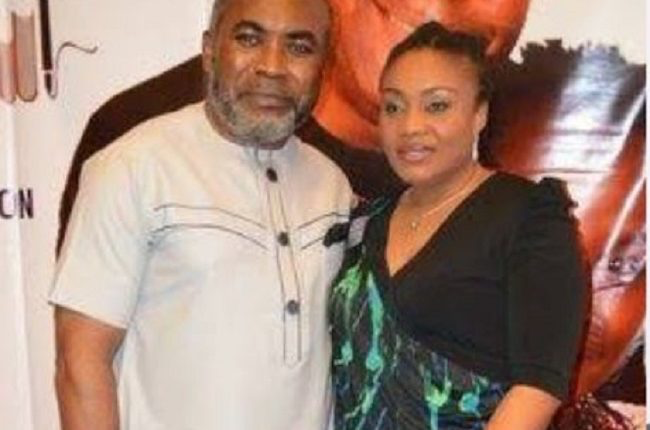 The popular Nollywood actor, Zack Orji has endorsed Bola Tinubu, while his wife, Ngozi, and fellow movie celebrity, went to her church and announced her preference for the Labour Party’s candidate, Mr Peter Obi.

Recall that Zack had earlier in April 2022 endorsed and canvassed for Igbo Presidency and made case for that, demanding for equity and fairness, equity for nation cohesion. Njenjemedianews however cannot ascertain what changed or influenced the actor’s Weltanschauung leading to the current stand.

His wife, an ace Nollywood actress, Ngozi Orji, has declared her support for Peter Obi after a video of her husband endorsing APC presidential candidate Bola Tinubu was shared online.

Ngozi Orji endorsed Obi in an Instagram post on Sunday, after the latter visited the Revival Church Assembly headed by Apostle Anselm Madubuko.

In the caption of the video she posted, Ngozi Orji declared herself “Obidient,” a title associated with supporters of the former Anambra State governor.

Sharing a video and photos of Peter Obi at the church service, Ngozi wrote: “It was An Awesome Time Today. That Moment Our Apostle General Anselm Madubuko Introduced H E Sir Peter Obi. What an Awesome Way To Wrap up AZUSA 20 Conference. God bless you Sir for Coming. We are OBIdient. We Move.”