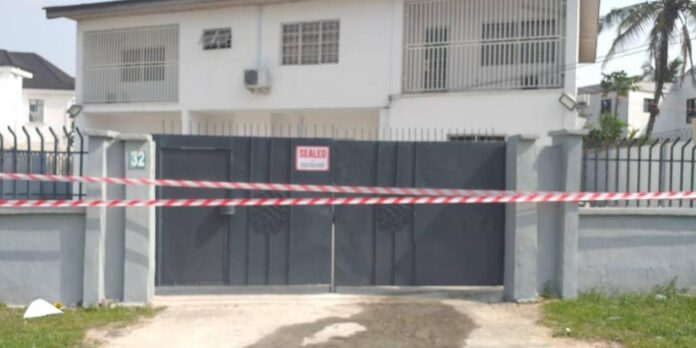 The Rivers State campaign office of Atiku Abubakar the presidential candidate of the Peoples Democratic Party, PDP, has been sealed off.

The office which is located in GRA Port Harcourt was sealed off in the early hours of Friday.

Rivers State Governor Nyesom Wike had a few weeks ago signed Executive Order 22 which prohibits the citing of campaign offices by political parties in residential areas without government approval.

But the media team of the PDP PCC, Rivers State, said it had applied for approval from the state government but has not received any feedback for several weeks.

The group, therefore, condemned the “act because it rubs off on our fundamental right to free expression of interest.”

It also said: “This egregious move by the Rivers State Government, seen in the prism of politics, tends to militarise our democracy and renders our dear state politically recessive when juxtaposed with other states in the country.”