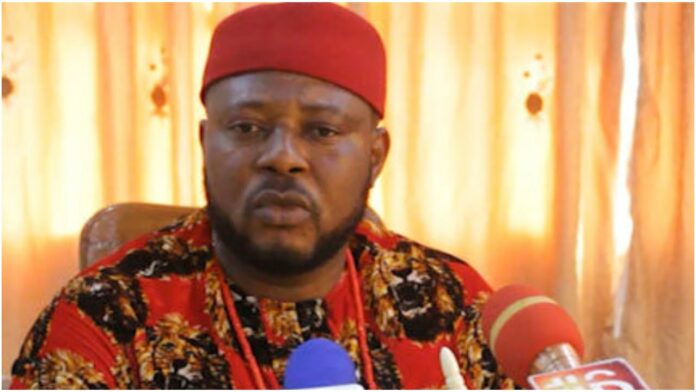 A member of the Peoples Democratic Party, PDP, in Enugu State, Okwu Nnabuike Emmanuel has described as embarrassing and unacceptable the listing of his name as a signatory to the form submitted to the Independent National Electoral Commission, INEC, by a factional Labour Party House of Representatives candidate for Awgu-Oji River-Aninri Federal Constituency, Mr. Vin Martins Ilo, Njenje Media News reports.

The INEC form EC13D filed by Ilo before a Federal High Court, Enugu, showed Okwu, among others as signatories to the form he submitted to the INEC. Initials were used as their signatures.

However, Okwu who expressed outrage over the development, described it as forgery of the highest order.

He said it came to him with rude shock as he was not consulted by Ilo or any member of the Labour Party.

He said, “I find it strange that my name could find its place in such a document. I’m not and have never been a member of the Labour Party. This is why I find it strange, criminal and unacceptable that Vin Martins Ilo could use my name for such a thing.

“Ever since that document found its way into the public space, I have been inundated with calls from family members and friends. It has been an embarrassing moment for me. I’m not even aware that Ilo is a member of the Labour Party, let alone signing any form for him. I’m aware he is in court over the APC ticket for the same constituency; I now wonder how the same person is also in court over the Labour Party ticket.”

Okwu declared that he would not lie low over the matter, vowing to make sure that Ilo is punished by the law over the alleged forgery.

“The law is clear on perjury and it will apply on this matter; I will also pursue the civil aspect of it because my integrity has been impugned,” he lamented.

He called on the members of the public to ignore what he called “a deliberate act of mischief by Ilo and his collaborators.”

An enquiry sent to Ilo has not been responded to as of the time of filing this report.