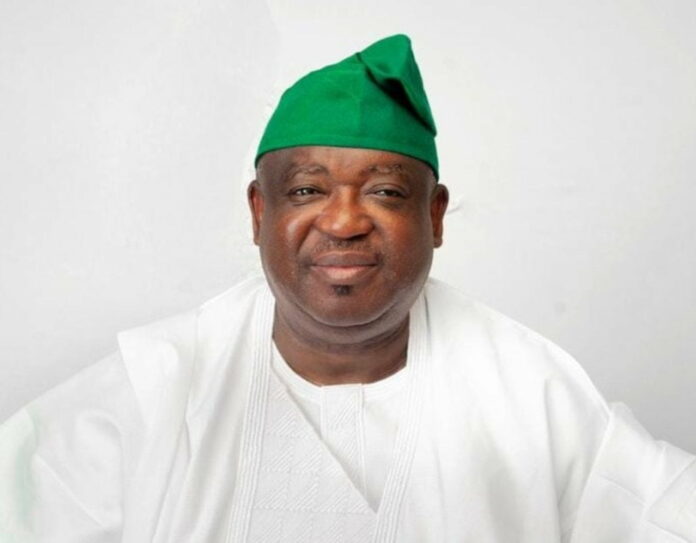 The gubernatorial candidate of the Peoples Democratic Party, PDP, in Plateau State, Barr. Caleb Mutfwang has expressed commitment towards improving the welfare of security personnel in the state to enable them to respond swiftly to security challenges if given the mandate in 2023.

He also noted that equipping security operatives in the state with requisite security intelligence and boosting their morale with welfare packages will enable them to demonstrate more commitment towards tackling emerging security threats in rural communities.

Mutfwang stated this while speaking at the closing ceremony of the training of the newly recruited men and officers of the Vigilante Group of Nigeria (VGN), held in Jos, Plateau State capital.

According to him: “There is a strong connection between welfare and productivity of security personnel across the globe, therefore, giving priority to their welfare will boost their morale for greater response to the security of lives and properties.”

He applauded the newly recruited personnel for their immense contributions to national security and promised to work closely with them to secure the land and people of the state if he is elected governor in 2023.

Mutfwang urged them to discharge their duties with dedication, self-commitment and patriotism to the state and the nation.

In her earlier remarks, the state commander of the Vigilante Group of Nigeria, Mildred D. Shepsuk, expressed the gratitude of the organization to the governorship candidate for attending in person and supporting them.

She noted that the newly recruited personnel were drilled thoroughly to respond to emerging security threats in our local communities.