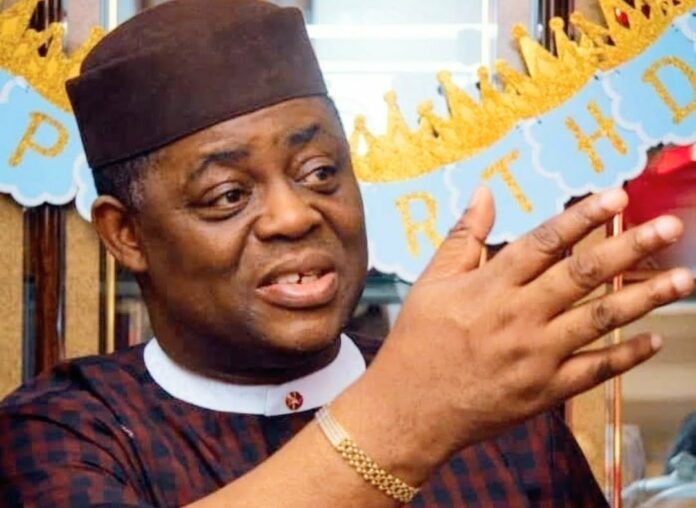 A chieftain of the All Progressives Congress, APC, Femi Fani-Kayode has said the Peoples Democratic Party, PDP, presidential candidate, Atiku Abubakar is not the stepping stone to Igbo presidency.

Fani-Kayode said Atiku who has been vying for the presidency in the past 30 years but failed, can’t be the stepping stone to Igbo presidency.

Atiku had promised to bequeath the presidency to Igbos if they elect him in 2023. He made the pledge during his campaign rally in Anambra State.

Reacting, Fani-Kayode nobody can stop Igbos from producing the presidency when the time comes.

A Facebook post by the former Aviation Minister reads partly: “Do the Igbo need you to become President? You have been trying to be President for over 30 years and you have not been able to make it and now you are saying you will be the stepping stone for someone else.

“Please gather your senses together and hear the following: when the time for an Igbo Presidency comes, no-one can stop it and they will not need a fading, weak, corrupt, deceitful, dishonorable, treacherous, anti-Southern religious bigot and ethnic hegemonist to be a stepping stone for them.”