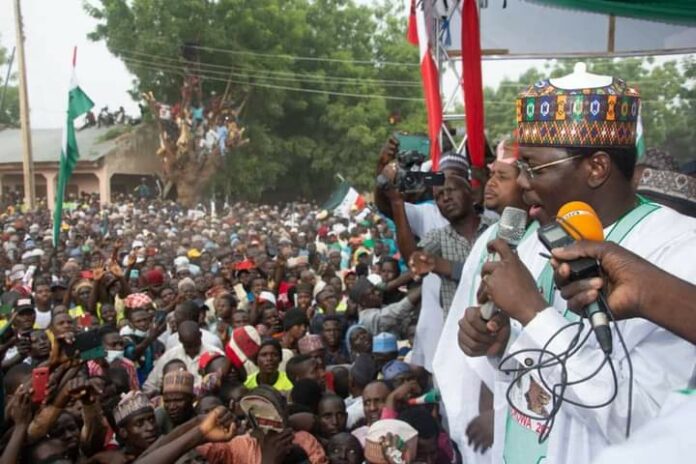 The opposition Peoples Democratic Party (PDP) has said the days of the ruling All Progressive Congress are numbered, Njenje Media News reports.

The gubernatorial candidate of the party in Jigawa state, Dr Mustapha Sule Lamido stated this on Tuesday, at the flag-off of the 2023 election campaign held in Dutse, the state capital.

He claimed the ruling party in the state and the country has nothing to show other than causing unnecessary difficulties and hardship for its citizens.

He noted that the PDP is the only party that is ready to provide solutions to the problems bedevilling the country.

Lamido said the mammoth crowd at the occasion was a clear indication the people of the state had made their choice already.

He predicted that 2023 is the terminal point of APC’s dominance in the state and the country in general.