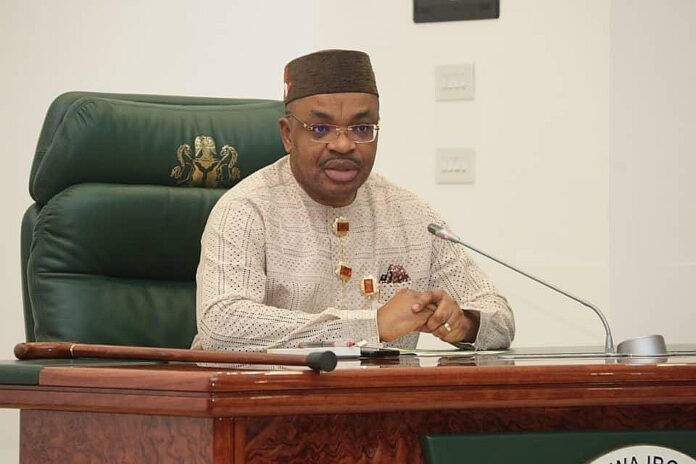 Speaking yesterday during the donation to the victims in Itu local government area, Akwa Ibom deputy governor, Mr Moses Ekpo, called on the National Boundary Commission (NBC) to do everything possible to ensure the quick resolution to the Cross River/Akwa Ibom boundary crisis.

Our correspondent recalled that sometimes in May, residents of Oku Iboku, Itu local government area were displaced by violent invasion by their Cross River neighbours.

Ekpo, who was represented by the permanent secretary in his office, Mr Nkopuruk Ekaiko, said given the huge losses sustained in human lives and property, including loss of jobs and houses, it had become imperative that no effort should be spared in bringing the border crisis to an end.

The deputy governor commended the NEMA for always responding to the plight of the state in critical times of need.

He expressed the sympathy of the Akwa Ibom government to the victims, saying the items were not intended to replace the lives and property lost during the attack, but rather to ameliorate the pains of their losses.

“The distribution of the relief materials is very symbolic as it represents a conscious effort by both the state and federal governments to empathize with the people in their moment of grief and to give them a hope and a sense of belonging,” Ekpo said.

Ekpo urged residents of the area to remain peaceful with their neighbours and eschew the temptation to take the laws into their hands through reprisal attacks.

The director general of NEMA, Alhaji Mustapha Ahmed, who was represented by Mr Godwin Tepikor, South South zonal coordinator, said the agency had carried out post impact assessment of the area in May, and obtained approval for relief materials to help the victims recover from the impact of the attack.

The Itu  local government chairman, Mr Etetim Onuk, thanked the state and federal governments and their relevant agencies for the relief materials, stressing it had brought joy to the entire people of the area.

Onuk described the federal and state governments’ action as being responsible and responsive to the plight of its citizens.

He used the occasion to commiserate with families who lost their loved ones and valued property during the attack, and prayed for a speedy resolution to the border crisis in order to enable the people live in peace.

The clan head of Oku Iboku, Etebom Essien Edet Okokon, thanked the federal and state governments for coming to the rescue of the victims.

Okokon called on national boundary commission to expedite action to the demarcation of the area for lasting peace.