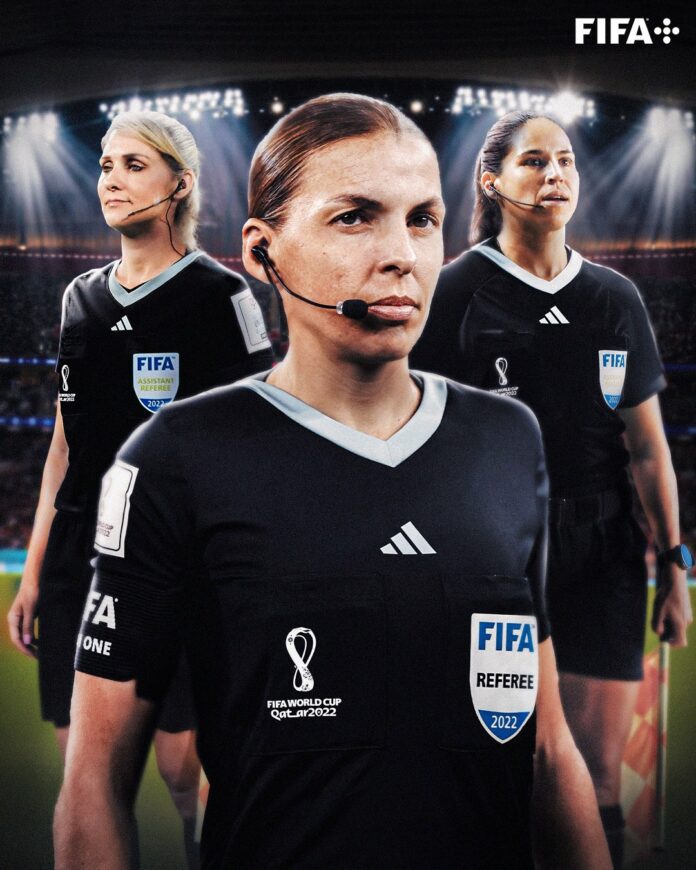 History will be made today when Costa Rica faces Germany on at Al Bayt Stadium, 20:00 Doha time. An all-female refereeing trio will be taking charge for the first time at a men’s FIFA World Cup Qatar 2022 in the match between Costa Rica and Germany, Njenje Media News reports.

Stephanie Frappart is the first woman in the history of World Cup to ever referee a finals match; she will be joined by assistants Neuza Back and Karen Diaz.

In the decisive match in Group E where Germany is currently last in Group E standings and with only one point collected so far in the competition, it is mandatory for Hans-Dieter Flick’s team to win in order to reach the next round in case Japan does not collect points in their next match against Spain. On the other hand, a draw would be enough for Costa Rica to eliminate Germany from the competition.

French Stephanie Frappart, Rwandan Salima Mukansanga and Japanese Yoshimi Yamashita are the first three female referees called up to officiate in the men’s World Cup, while the trio of assistant referees are Mexican Karen Diaz Medina, Brazilian Neuza Back and American Kathryn Nesbitt.