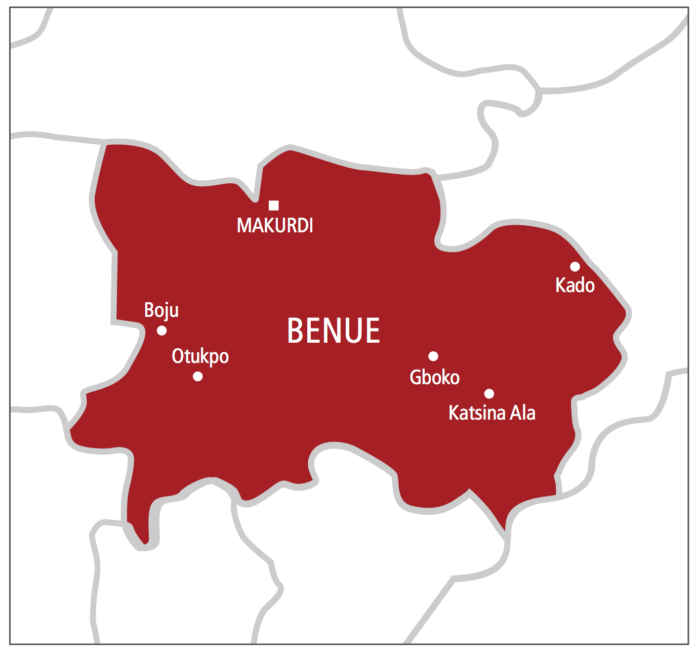 243 aggrieved Benue aspirants in the last Ward Congresses of the All Progressives Congress, APC, have dragged the party to court for allegedly being shutout and denied participation in the process.

This was made known on Friday by the Makurdi/Guma House of Representatives candidate of the APC in the last election, Mr. Conrad Utaan when he led the Chairman and Ward Executives of the party in Guma Local Government Area of the state and some of his supporters on a courtesy call on Governor Samuel Ortom in Makurdi.

Mr. Utaan explained that “the 243 persons bought their nomination forms and were supposed to have been screened to participate in the Ward Congresses here in Benue state but that did not hold.

“They were locked out, we understand that a list was put together and sent to Abuja which obviously shut them out.

“We happen to belong to a party that calls itself the APC that is supposed to be a progressive party. However our party has demonstrated the height of impunity that you can find in any political space.

“A situation where a political party sells nomination forms to its registered members and takes them into a process that summits them to an activity that will not even hold is more or less 419.

“It is quite unfortunate, but whoever was sent from Abuja to come and hold Congresses in Benue, they have just succeeded in plunging the last nails on the coffin of the APC in Benue.

“We are not going to take it lying down. I am happy that the 243 people who bought the forms have already approached the courts for proper interpretation of what their rights really are in the APC.

“We are challenging it, the people who bought forms are challenging it in court. It is rather unfortunate that the leadership of the APC in Benue has decided to kill the party with their own hands with this kind of impunity.”

The former Focal Person of Social Investments Programme explained that he was in government house with his supporters to seek shelter under the Governor saying that as a man of peace, equity and justice Governor Ortom should accommodate them under the umbrella.

Responding, the Governor thanked God for bringing his political son, Mr. Utaan back to him, saying in politics, there was no permanent friend or enemy but interest.

The Governor stated that the event was not strange as he had done a similar thing when he left the PDP to actualise his gubernatorial ambition in the APC in 2015 and back to the PDP in 2019 for his reelection.

While assuring the would-be entrants of equal opportunities in the PDP, the Governor said the umbrella was big enough to accommodate all.

Responding to the allegation against his party, the Caretaker Publicity Secretary of the APC, Mr. James Ornguga said Mr. Utaan wanted his preferred candidates on the list during the Ward Congresses which was done on consensus basis and when it was rejected he decided to seek shelter elsewhere.