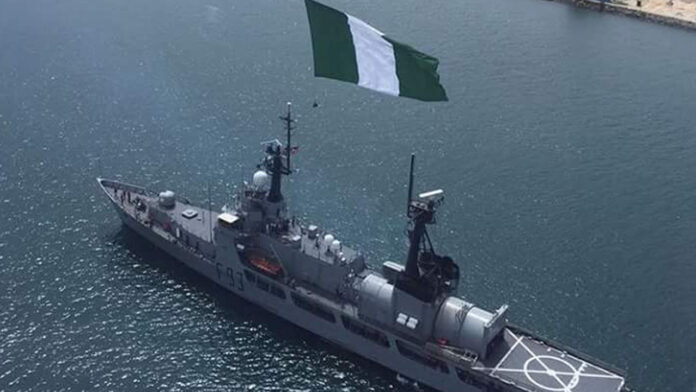 The National Centre for the Control of Small Arms and Light Weapons (NCCSALW) has partnered with the Nigerian Navy, Nigerian Immigration Service (NIS), and National Drug Law Enforcement Agency (NDLEA)  to rid the country of illegal arms and light weapons, especially at the nation’s maritime and land borders, Njenje Media News reports.

The national coordinator, NCCSALW, Maj-Gen. Abba Dikko (rtd), sought ties with the agencies when he paid separate courtesy visits to the heads of the agencies.

According to a statement on Friday by the Director, Strategic Communication & Information, NCCSALW, Group Captain Ewejide Akintinde, the coordinator also sought the partnership of the Nigeria Correctional Service (NCoS), while decrying  the increase of illicit arms and weapons across the country.

Dikko noted that the aim of the visits was to acquaint the organisations with NCCSALW, its core functions and objectives of the NCCSALW and leverage the unique capabilities of the agencies to achieve the common aim.

The chairman and chief executive officer of NDLEA, Brig-Gen. Mohammed Buba Marwa (rtd) in his response thanked the NCCSALW national coordinator for the noble gesture and maintained that the fight against illicit arms in the polity was a must, in view of the increasing spread in illicit weapons in the country.

Marwa implored the National Coordinator not to relent on his effort in delivering the mandates of the Centre. He pledged to extend his support to the Centre in the achievement of its objectives.

In the same vein, Chief of Naval Staff (CNS), Vice Admiral Awwal Zubairu Gambo, commended the timely inauguration of the NCCSALW in spear-heading the eradication of illicit arms in the country.

Gambo noted the government’s efforts to decongest the seaports and how illegal arms find their way into the country as a result of sharp practices in the congested seaports.

He also disclosed that efforts were ongoing to fully resume responsibilities of the Nigerian Navy in the nation’s sea ports and creeks.

“Delightedly, the Navy has intensified its anti-piracy operations and is beginning to yield good results in its efforts,” the CNS said.

The Naval Chief further implored the Centre to, as a matter of priority, devise means of checking illegal arms craft and reiterated that all stakeholders have the responsibility to render support to the Centre.

He also pledged on behalf of the Nigerian Navy to give his maximum support to the Centre in the achievement of its objectives.

In a related development, the Controller-General of NCoS, Haliru Nababa, noted that effective control of arms and reduction of its excessive availability in the country is a prerequisite in ensuring peace and security in the polity.

Nababa stated that the Custodial Centres designed to keep felons out of circulation have unfortunately become targets of attack by hoodlums often emboldened by easy access to arms and ammunition.  Sadly, the Controller of Nigerian Correctional Service noted

According to him, the Service has suffered about 27 armed attacks on its custodial facilities from 2009 to date but assured that, “the NCoS have continued to maintain strict monitoring and supervision of personnel to discourage carelessness in the handling of weapons and to avoid pilferage.”

Furthermore, he said, checks and balances like physical inspection of armouries and regular returns on arms and ammunition from all formations have been put in place to maintain proper records.

Nanana, however, suggested some measures to curb the menace of the proliferation of SALW and guaranteed the full support of the NCoS.

For his part, the Comptroller General of Immigration (CGI), Mohammed Babandede on his part applauded the President’s well-timed decision to establish the Centre.

To this end, Babandede promised to adjust the NIS’ terms of engagement at the borders to also include looking out for weapons and pointed out that introduction of the new approach would guarantee the enhancement of border security in Nigeria.

The CGI then pledged the NIS’ support to the Centre in the accomplishment of its core functions.

Police Arrest Nollywood Producer, Omoruyi, One Other With Guns In Delta

‘Polygamy Runs In My Blood, It Is My Dream To Have...