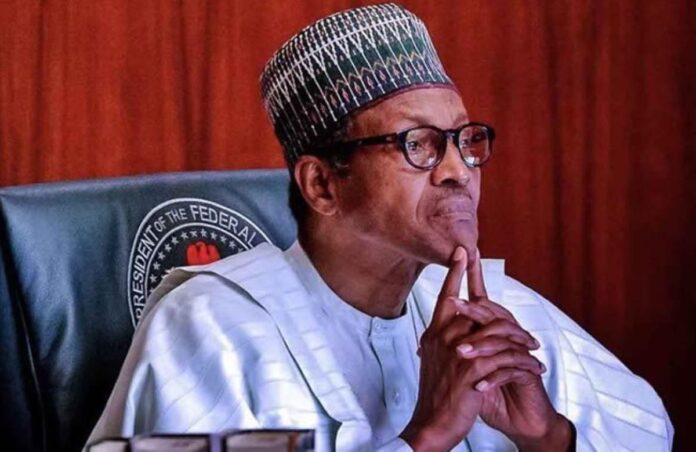 The cabal around President Muhammadu Buhari has been thrown into a dilemma on pushing forward a successor to the outgoing president after ruling out a number of powerful individuals in the ruling All Progressives Congress, APC including some within the government.

While the cabal is said to know those in their permutation who will not succeed Buhari, they are according to multiple sources confused over who will.

That confusion in finding an amenable Southern presidential material, according to multiple sources, was at the weekend giving life to the once unfathomable prospects of the dutiful minister of state, petroleum, Timipire Sylva emerging as Buhari’s proverbial dark horse.

APC sources in Bayelsa State and authoritative sources in Abuja gave credence to the permutation on Sylva which though had been mentioned in the past was now getting a life of its own.

The powerful cabal around the president consisting mostly of kin from Katsina and party loyalists from the North it was gathered have been flummoxed by the determination of some of those they had initially ruled out from forging ahead. Two of those it was gathered are Asiwaju Bola Tinubu who it was learnt has insisted on exercising his democratic rights in a free and fair primary. He appears to be the man to beat, all things being equal.

Vice-President Yemi Osinbajo, another prospect has also shocked the cabal with the weight of favour that his aspiration has garnered. However, the cabal it was gathered, is unshaken by different polls and studies that put Osinbajo as one of the best bets for the APC to retain power in 2023 with insinuations of lack of trust in the professor.

The prospects of Governor Kayode Fayemi who is also said to be preparing to roll out his campaigns are also said not to have won the favour of the cabal.

However, many,  mostly from the South including Rotimi Amaechi, Ibikunle Amosun, and President Goodluck Jonathan among others are said to have been considered by the cabal. Jonathan, it was gathered has, however, given as his condition that he must be adopted as a consensus, a prospect that the cabal has not been able to guarantee.

Indicative of the continuing negotiations and prospects on the former PDP president, yesterday, Jonathan told demonstrators bussed to his Abuja office to encourage him to run to still wait, noting that the road was yet not clear.

The confusion in the camp of the cabal it was gathered has led to the prospects on Sylva.

Multiple sources in Abuja and Bayelsa confirmed the development yesterday.

Dofie Ola, state publicity secretary of the APC in Bayelsa State and who before then was Sylva’s Chief Press Secretary as governor rebuffed comments on the issue when contacted by Saturday Vanguard.

“I have no comment on what you have asked,” he told Saturday Vanguard.

His sealed lips according to sources follows strict instructions from the minister to aides not to comment on the issue. However, other loyalists of the minister revealed to Saturday Vanguard that it is a process that works on the Sylva presidential ambition has been ongoing for some time.

However, many of the sources would not comment on what positives have drawn Sylva to the cabal.

However, a critical stakeholder in the APC told Saturday Vanguard that the cabal wants somebody amenable that they can control as president and that Sylva may have been an easy choice for them.

“They want somebody that will be willing and amenable and that is where Sylva fits the bill as he is willing to be and is also amenable in the eyes of the Northern cabal.”

“You can see how they have trusted him with the petroleum ministry for almost four years unlike that other man from Delta (Ibe Ikachikwu),” one of the sources privy to the Sylva project disclosed yesterday.

It was also gathered that aspiration of transportation minister, Rotimi Amaechi is also weighing on the conscience of some of the Northern leaders.

“Those looking at Amaechi believe that it is a matter of conscience that he has given much to the party and also, delivered the president twice. But some of them frown at his swagger as shown at his declaration when he ran around the stadium saying it is unpresidential.”

Meanwhile, the prospects of Sylva emerging as the president’s dark horse gladdened the hearts of chieftains in the PDP aligned with Atiku Abubakar. According to one reliable source, the emergence of Sylva would make a sweet victory for Atiku as displeased Yoruba APC chiefs and others would easily push support to Atiku if he emerges a PDP candidate.

The enthusiasm of the Atiku camp Saturday Vanguard was, however, not reflected in the camp of Nyesom Wike who believe they are ahead despite the emergence of Governor Udom Emmanuel who they claim may have been enrolled into the race to cut the Wike momentum.