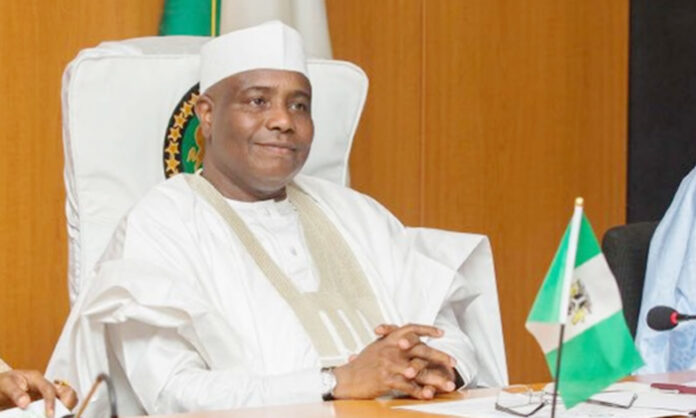 Tambuwal announced that Atiku would reopen Nigeria’s borders shut by the Buhari administration.

The Sokoto helmsman is the Director General of the PDP Presidential Campaign Council (PCC).

He spoke on Saturday at the party’s campaign rally in Illela Local Government Area.

Tambuwal assured Nigerians that Atiku has better plans for them and the country.

“These include reopening of the borders, addressing insecurity and the provision of basic necessities for Nigerians,” he said.

Tambuwal, however, expressed sympathy for the people of Illela over repeated banditry attacks.

The governor said despite the setbacks, economic recess and COVID-19 impacts, his government performed well.

RELATED POSTS:  We Are Re-Inforced With Ayade Joining Us -- APC Governors