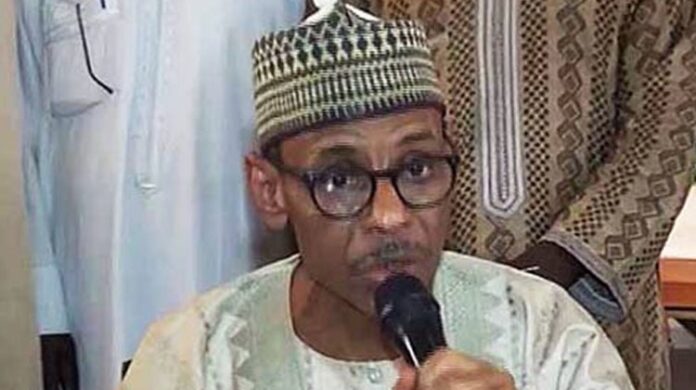 The attention of Ohanaeze Ndigbo Worldwide has been drawn to the viral bizarre broadcast made by Dr. Hakeem Baba Ahmed, the Spokesman of the Northern Elders Forum (NEF) to the effect that the Igbo should leave Nigeria if they so desire.
Ordinarily, Ohanaeze Ndigbo does not respond to boorish and uncultured statements by those who have met civilization half-way. In other words, we are not distracted by lowly persons who by the circumstances of their birth and conditions in life do not weigh the implications of their public conduct, remarks and actions before going public.

The urbane among us know that Nigeria is one of the countries of the world that unites several nations in one; a federation of various nations or a multination state. Nigeria, like every other multination state requires leaders who can formulate ideologies, policies and programmes aimed at galvanizing or harmonising the diverse component units at all times. This accounts for such federal government schemes as the National Youths Service (NYSC), Federal Government (unity) Colleges and other unifying national bodies. On the other hand, remarks with centrifugal dynamics are deliberately avoided in order to engender a genuine unity for the multicultural and multinational units of the country.
Ohanaeze Ndigbo finds the weird broadcast by Baba-Ahmed extremely nauseating, uncouth, provocative, incendiary, inflammatory, above all very arrogant and licentious.

Baba-Ahmed, the self-appointed magistrate, in a widely-circulated clip, spoke to journalists, thus: “we said if secession is what every Igbo wants, and this is what the Igbos want, the nation should not fight a war over it”. The worst of the tirade from the self-appointed magistrate of the country is to ask “the Northerners resident in the Southern Nigeria to consider returning to the North. This is similar to a coup speech where an uninformed began to issue directives before the complete take over of the reins of power.

Interestingly, the Baba-Ahmed aberration has attracted some comments from the presidency. Accordingly, Garba Shehu in what he called a delusional arrogance, asks Baba Ahmed and his cohorts “who gave them the right to ask for the exclusion, or expulsion of any one group or section of the country from the Federal Republic of Nigeria?” Presidency therefore warns that “no self-appointed and unelected group can take this right from Nigerians – no matter how much coverage they might enjoy in the media. And that Nigerians listen to elected leaders, not opinionated tin-gods who have no traction with any responsible group. It is therefore a delusional arrogance that would lead such a group to publicly state terms and conditions for the existence of our nation.” The presidency further cautioned Baba-Ahmed, that at a time “Nigeria and many other countries around the world are feeling the strain of the current period of volatility and uncertainty”, such centrifugal dynamics as espoused by the likes of Baba-Ahmed should be avoided.

Earlier in September 2021, the same Baba-Ahmed, in reaction to the position of the Southern governors with respect to rotational presidency which has been a convention in Nigeria, deployed such unwarranted extreme rhetoric as “heaven will not fall if a northerner is elected the next Nigerian President”. He made the remarks while delivering a keynote address at the maiden Maitama Sule Leadership Lecture Series organised by the students, a wing of Coalition of Northern Groups (CNG) at the Ahmadu Bello University (ABU), Zaria.
It is very certain that Baba-Ahmed knows next to nothing about the economy and political tendencies of Nigeria. In his narrow thoughts, he does not reflect on the consequences of the Igbo leaving the country. In his delusion, he believes that the economy of the remaining part of Nigeria will be better off, if the Igbo or the Ogoni, or the Yoruba or the Ijaw or the Edo, Tiv, Igala; etc should go their separate ways. This is perhaps why Garba Shehu admonished that “now is not the time to seek to exacerbate divisions amongst Nigerians. Rather, we call on all Nigerians to come together and work to overcome the challenges we face as one nation, one people.”

For the avoidance of doubt, the Igbo youths who were not even born before or during the Nigerian civil war and of course were not accessories to the war, are aggrieved over the alienation of the Igbo from the structures of power in Nigeria. For instance, it is public knowledge that going by rotation and zoning principle that has been entrenched as a variant of Nigerian democracy, it is the turn of the South and indeed the South East to produce a president of the Federal Republic of Nigeria come 2023. Nigerians and the world are living witness to the shenanigans and conspiracies by the likes of Baba-Ahmed to truncate the Igbo democratic rights. It is in response to such injustice that triggers the agitation among the Igbo youth for self-determination. Such scenario played out among the Yoruba, South West, when Chief MKO Abiola’s presidency was annulled. And confidence and trust were restored with the zoning of presidency to the South West in the persons of Chief Olusegun Obasanjo of the Peoples’ Democratic Party (PDP) and Chief Olu Falae of the Alliance for Democracy (AD) in 1999.

Ohanaeze Ndigbo, the apex Igbo socio-cultural body and indeed the mouthpiece of the entire Igbo both at home and in the Diaspora, has repeatedly made it clear that the Igbo want to coexist peacefully and in unity with our fellow Nigerians. The diverse Igbo contributions to the economic development of all parts of the country do not indicate otherwise but the unity we want is not the unity of Jonah in the belly of the whale, but a unity in holy matrimony. While the former is characterized with defecation and suffocation, the latter is procreative and productive.

Dr. Hakeem Baba-Ahmed has a shady background. His Mauritanian root betrays an identity crisis and psychological torture in him and he thus believes that to ingratiate himself to the Hausa Fulani establishment, he should invest in vicious invectives against the entire South and the Igbo in particular. This is against natural justice and all known principles of nation building.

We reiterate that the broadcast by Baba Ahmed is a threat to peace and unity of the country and that the security agencies should act on time to serve as a deterrent to some others harbouring such mindsets against the unity and corporate existence of Nigeria.