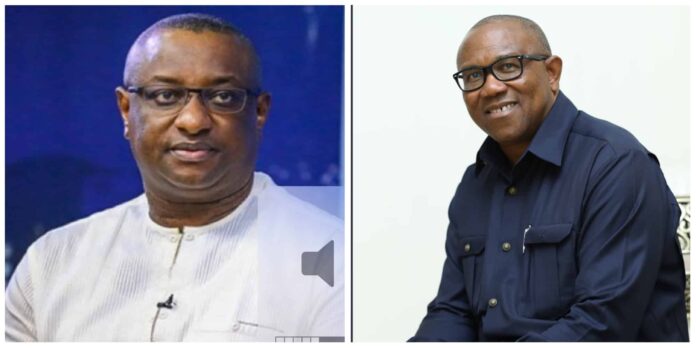 Minister of Labour and Employment and Director of Public Affairs and Chief Spokesperson Tinubu/Shettima Presidential Campaign Council, Festus Keyamo (SAN) on Wednesday described as delusional an opinion poll by Bloomberg News which placed Peter Obi as the leading candidate in the race to become Nigeria’s next President.

The presidential election scheduled for February next year is expected to be a three-horse race between Labour Party’s Peter Obi, the All Progressives Congress’ Bola Ahmed Tinubu and the Peoples Democratic Party’s Atiku Abubakar.

According to Bloomberg, a clear majority of respondents to the opinion poll said they intend to vote for Obi, former Anambra State governor as the next president.

Responding, Keyamo in a tweet on his official Twitter handle said “The report of @BloombergAfrica said it used an APP to conduct an opinion poll in Nigeriawhere more than 95% don’t have access to such apps”.

“This style is even lower in credibility than when you send people to the field. This is the most delusional poll I have seen since I was born”.