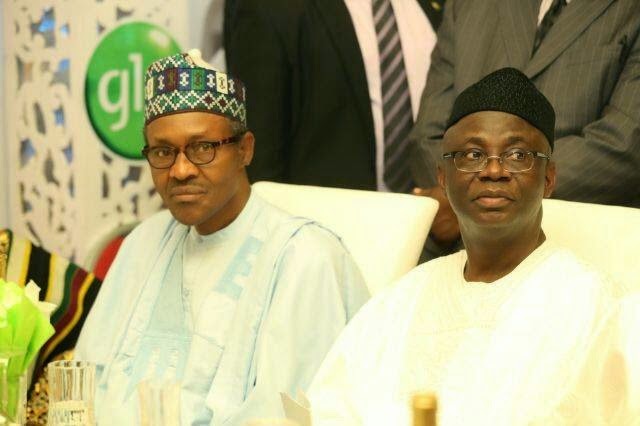 Senior Pastor of The Citadel Global Community Church, formerly Latter Rain Assembly, Pastor Tunde Bakare, on Easter Sunday, expressed concern over the state of the nation, lamenting the change in the Buhari he use to know, Njenje Media Media News reports.

According to Bakare, with the enormous challenges bedevilling the country, this was not the Nigeria President Muhammadu Buhari and he dreamt to create in 2011.

The fiery preacher made this known during a state of the nation broadcast entitled: ‘The conspicuous handwriting on the wall’, at his church auditorium in Lagos.

“I am compelled to speak out because this is not the Nigeria General Muhammadu Buhari(rtd) and I had dreams to create when he invited me to be his running mate in 2011.

“I am compelled to speak out because the state of the nation does not represent the Buhari I knew when we took that solemn journey towards rebuilding Nigeria.

“For many years, Nigeria was in the intensive care unit of the universe. However, six years ago, against timely warnings not to overlook fundamental and underlying conditions as the country prepared for the 2015 elections, her caregivers certified her fit and discharged her.

“Those underlying conditions have resurfaced and our nation is now in a critical state. Her survival is hanging in the balance and she has been rushed to the emergency room.

“The diagnosis indicates that a surgical procedure is unavoidable; the longer it is postponed, the more she stands to lose and the longer it will take for her to recover.

“Fellow Nigerians, you may recall that as President Muhammadu Buhari took the oath of office during his first term in office, he summed up his election campaign promises in three pivotal agendas, namely: security, anti-corruption, and economic diversification with a focus on job creation.

“The major limitation of the administration of President Muhammadu Buhari has been the failure to appreciate the fact that the problems of Nigeria are more deeply rooted than these honest efforts can reach, and that what is required is a holistic and systematic approach to governance.

“Unfortunately, after winning re-election in 2019, rather than do a deep dive to address the fundamental causes of our national malady by dealing with the root causes of insecurity, corruption and joblessness, the administration of President Muhammadu Buhari decided to treat more symptoms by broadening its agenda.

“The president’s Next Level Agenda widened the focus from a three-point to a nine-point agenda.

“The re-elected president overestimates his mandate. He ignores opposition and pursues goals that prove to be beyond reach.

“Hear me clearly: I am not saying that the thematic areas of the government’s Next Level Agenda are not important.”

He, however, warned Buhari to beware of the conspicuous handwriting on the wall, saying “The state of the nation has spurred outcries from stakeholders across the country.”

“Consequently, if urgent, decisive action is not taken, insecurity may be the second-term curse of the current administration. This is the conspicuous handwriting on the wall.”

Pointing out the foundational gaps in the country, Tunde Bakare said: “Nigeria has two fundamental problems: one at the level of nationhood, and the other at the level of statehood.

“The first fundamental problem of the Nigerian nation is the absence of such unifying leadership that can redeem Nigerians from our diverse ethnic and religious identities and integrate us into a common national identity.

“The second fundamental problem of the Nigerian state is our inability to manage a sustainable and balanced relationship between the centre and the federating units.

“We have failed to realise that a strong federal government working with strong federating units can guarantee the security and prosperity of the Nigerian people.

“We have failed to appreciate the fact that coordinated governance by the different states in each of the geopolitical zones will enhance the security of Nigerians and bring our people out of poverty.

“This is the heart and soul of restructuring. Restructuring does not mean the dismemberment of the Nigerian state. It is not an attack on Nigerian unity. It does not mean disadvantaging any section of the country.

“Show me one person who does not want this for our country, and I will show you an enemy of Nigeria.

“Unfortunately, the insecurity and instability now raging across the nation are the results of our national failure to act on this truth over the years. Because we have failed to guarantee effective regional governance, a regional governance vacuum has been created.

“The insecurity in our country is the attempt by regional non-state actors to fill that regional vacuum. Our nation is unstable across the geopolitical zones because.

“The greatest demand on the administration of President Muhammadu Buhari is to facilitate the emergence of legitimate regional governance frameworks that can fill the vacuum and flush out the illegitimate structures.”

On what Buhari can do to leave a lasting legacy, Tunde Bakare said: “In the two years left of this administration, the president needs to make an executive decision to approach the restructuring question from a three-pronged perspective targeted at his administration’s three-point agenda, namely: Security, Economy, and Anti-Corruption.”