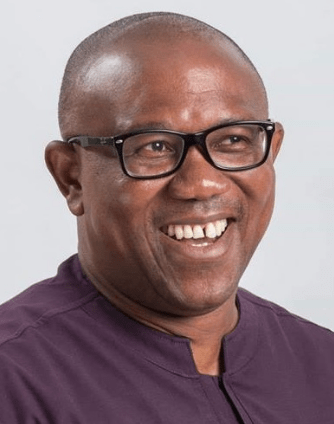 Peter Obi Support Groups made up of Nigerians at home and in the diaspora, have concluded arrangements to organize One-Million-Man March in solidarity and support of the presidential aspiration of the former Governor of Anambra state across the 36 states of the Federation and the Federal Capital Territory (FCT).

The exercise is anchored by the Coalition for Peter Obi (CPO), which is made up of more than a dozen support groups for Mr Peter Obi.

“We as support groups for Peter Obi are organizing a One-Million-Man March on Saturday, May 21, 2022, across the 36 States of the federation and FCT in a bid to show maximum solidarity, love, and support for our principal’s divine mandate for the 2023 Presidency”, the coalition stated.

“The 1Million Man March is to ensure that Nigerians of like-minds come out *en masse* in all the states of the Federation and FCT in solidarity with the presidential aspirant.

“The 1 million-Man-March is anchored by Coalition for Peter Obi (CPO), which is made up of more than a dozen different support groups for Mr Peter Obi.

“All supporters of Peter Obi will participate fully in the march all over Nigeria. The one-million-match is a show of solidarity and love for the credible candidature of Mr Peter Obi.

“Various routes have been chosen for the march in all the 36 States and FCT. The march will start by 10am prompt and we have obtained police permits to ensure security.

“The take-off points for all states have been shared on various social media platforms, and all great supporters of Peter Obi should reach out to their respective coordinators and WhatsApp group Admins to ensure familiarity and easy locations to the routes.

“This is a peaceful solidarity march, and all are encouraged to portray a patriotic spirit, be of good conduct and avoid actions that will give us bad names, neither should we allow hoodlums to hijack our peaceful march. Let’s be very conscious and alert in the exercise.”