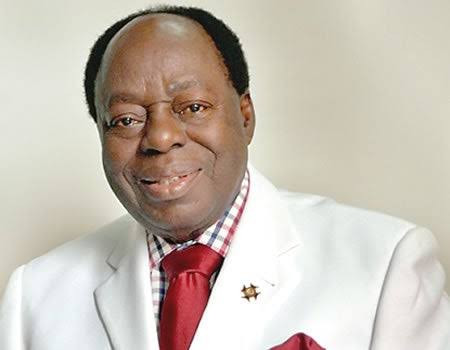 Foremost Educationist and founder of Afe Babalola University, Ado Ekiti(ABUAD), Chief Afe Babalola (SAN), has said the closure of Nigerian universities by the federal government due to the Covid-19 pandemic is unconstitutional, Njenje Media News reports.

There were reports that the federal government plans to postpone the resumption of universities earlier slated for January 18 and the legal luminary said such an action would be counterproductive and destroy the already fragile education sector.

“I am of the firm view that mass closure of schools is unconstitutional , disastrous and counter productive .

” It is certainly unjust to the parents, teachers, students and Proprietors of schools and also violates the rule  of natural justice”, he stated .

Babalola said the Nigerian Government should emulate the United States Centre for Disease Control and Prevention as schools are different and every school should be judged on its capacity to follow covid-19 protocols..

“The USCDC said universities are different in terms of size , geographical location , structure and in their abilities to take measure that will guarantee minimum risk to students and teachers  in their schools, which in turn will ensure undistrupted and on-campus learning for students.

“On the contrary, universities which do not possess these facilities are within high risk category.

“I hereby strongly advise that the  federal government should stop mass closure of schools. All schools, particularly the private universities that have the required world class health facilities and have complied with Presidential Task Force regulations which will enable them to implement low medium risk measures ought not and should not be shut down.

He added that his university had been having a smooth and uninterrupted academic calendar before the abrupt disruption by Covid 19, despite the world class facilities present in the University that can help in preventing the spread of the disease.

“The FG should know that schools in Ekiti are safer than that located in the heart of Lagos. We must consider the geographical location. Any worker here who goes to Lagos, Abuja and Port Harcourt goes for special test and seven days isolation. This underscored the level of our preparedness”.

He urged the federal government to emulate foreign countries by paying the salaries of lecturers in the private universities, which were shut down because of Covid 19.

Speaking on whether he will approach  the court to challenge the closure of private universities, Babalola said: “I am not going to court, because we have not exhausted the option of negotiation and local remedy. I am a friend of the FG and I know that the Attorney General of the Federation (AGF) will look into it”.

Speaking on his universities’ losses this season, Babalola added; “We can’t even quantify our losses. We  have been following international standard, which was September to July academic session before this global problem.

“We have done seven convocations in ten years . We used to pay salaries on the 24th of the months and nobody has been sacked despite this suspension of work. But this has affected our purse. How can we be paying for services not rendered? This is unfair.