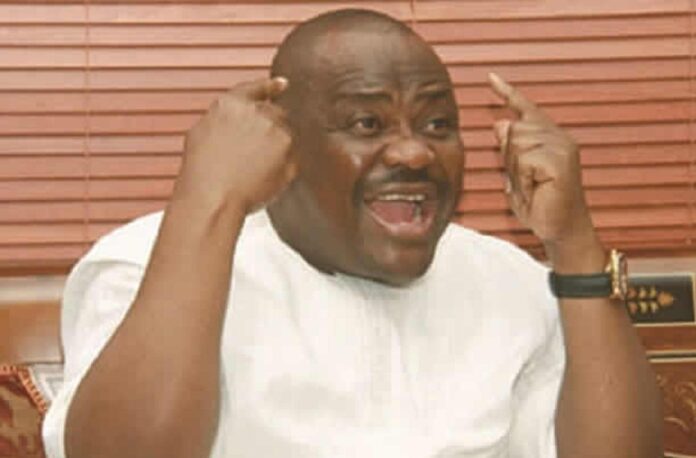 Trouble is brewing in the Peoples Democratic Party, PDP, over the composition of the Presidential Primary Election Committee.

A source familiar with the matter, told Vanguard: “Wike is very angry and he has made this known. In fact, he confronted the Benue State Governor, Samuel Ortom, who stood in as guarantor for Ayu at the time he was elected.

“He told Ortom, ‘You brought this man, see what he is doing?‘

“It was a serious oversight but Wike does not see it that way. And   you can’t ignore his concerns   because how do you explain the presence of representatives from Sokoto, Kwara and other states where other presidential aspirants come from? How else can you explain the absence of a representative from Rivers State which bears the golden egg?

“As far as he is concerned, the party chairman who is a known ally of former Vice President, Atiku Abubakar, maybe playing a dangerous game.”

It was equally gathered that this, among other issues,   was responsible for the delay in the commencement of the Caucus, BoT and 96 NEC meeting, yesterday.

The series of meetings were scheduled to begin with a caucus meeting at 10am but were shifted by a few hours to enable for wider consultations and resolution of the seeming impasse.

Another party source said: “You are trying to make a storm out of a tea cup. There is no issue here, whatever list is prepared, we will meet and agree on it before it is ratified by NEC, it is a non-issue.”

When the meeting reconvened at 8:15pm, the atmosphere was more relaxed as members filed into the NEC Hall.

In his opening remarks before it went into a closed session, National Chairman of the party, Sen. Iyorchia Ayu, commended party members for their support for the changes brought about by the new leadership of the party.

He admitted that his team has been “under pressure “to ensure that things are done properly to enable the party to take its rightful place in the scheme of things.

Ayu promised to continue to improve on the existing physical structures of the party as well and create a conducive atmosphere for the party to return to power in 2023.

Also, the Chairman of the PDP Governors Forum, Aminu Tambuwual, said: “The mood of the party now is that we are all being mobilized for a successful National Convention. We, as governors of the party, will continue to work towards the success of our programs.

Minority Leader of the House of Representatives, Ndudi Elumelu, on his part said,  the meeting was convened to enable the party takes “critical decisions on issues affecting our party in our march towards rescuing our country.”