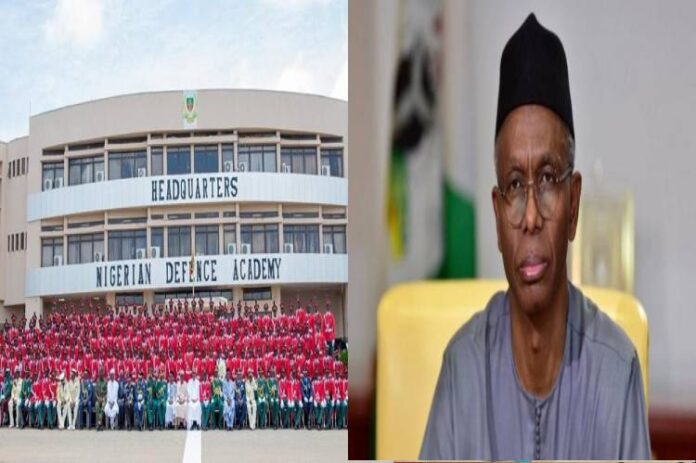 The governor of Kaduna State, Nasir El-rufar has commiserated with the Nigerian Defence Academy and Nigerian Armed Forces over the loss of two officers and the abduction of another in the aftermath of the academy’s invasion by bandits Monday night, Njenje Media News reports.

According to a statement by the state Commissioner for Internal Security and Home Affairs Samuel Aruwan, Governor El-rufai, also conveys heartfelt empathy to the immediate families of the personnel who lost their live and also extends deep concern to the family of the abducted officer.

He adds that his administration will continue to do all it take to ensure an end is put to banditry and all other forms of criminality.

Rigging allegation: We refuse to imitate you, APC tells PDP

EPL: Why I Am Not Joining Issues With Paul Pogba —...