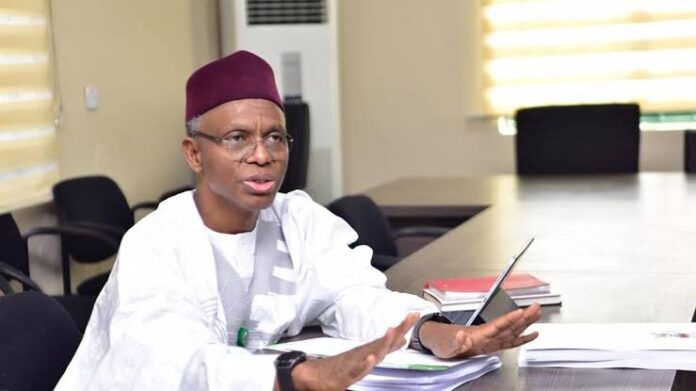 Governor of Kaduna State, Mallam Nasir El-Rufai has one again made known his position against payment of ransom to bandits and kidnappers to secure release of abducted citizens, Njenje Media News reports.

El-Rufai in a radio interview on Friday April 9, the said even if his own son were to be kidnapped by suspected bandits, he will not pay any ransom for his release.

The governor made this known as a response to a question on if his administration is considering paying ransom to secure the release of the students abducted by bandits from the Federal College of Forestry Mechanisation, Kaduna.

“I mean it and I will say it again here. Even if my son is kidnapped, I will rather pray for him to make heaven instead because I won’t pay any ransom,”

According to him, his government is “absolutely not paying ransom” but considering other means to ensure the students are returned to their parents.