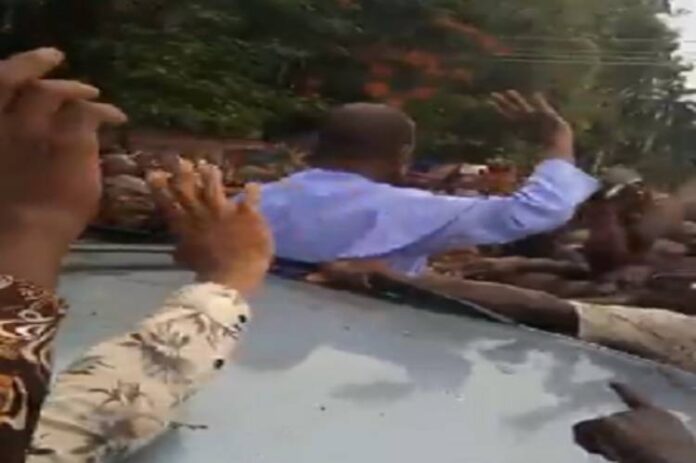 The tension in Enugu and its environs over the disappearance of Catholic Priest, Father Mbaka seems to have abated as residents trooped to celebrate his appearance, Njenje Media News reports.

It would be recalled that there was apprehension over his whereabouts early on Wednesday morning after he was reportedly summoned by the Bishop of the Catholic and ever since then have not been seen.

His alleged disappearance irked the youths in Enugu, who felt he was picked by security agents over his call for the resignation of President Buhari. The protesting youths vandalized the Bishop’s court in Enugu.

In a live video update on Wednesday afternoon by BBC Pidgin monitored by Njenje Media,  Father Mbaka was seen in an open roof car escorted by Police officers waving to protesters.

EPL: Why I Am Not Joining Issues With Paul Pogba —...