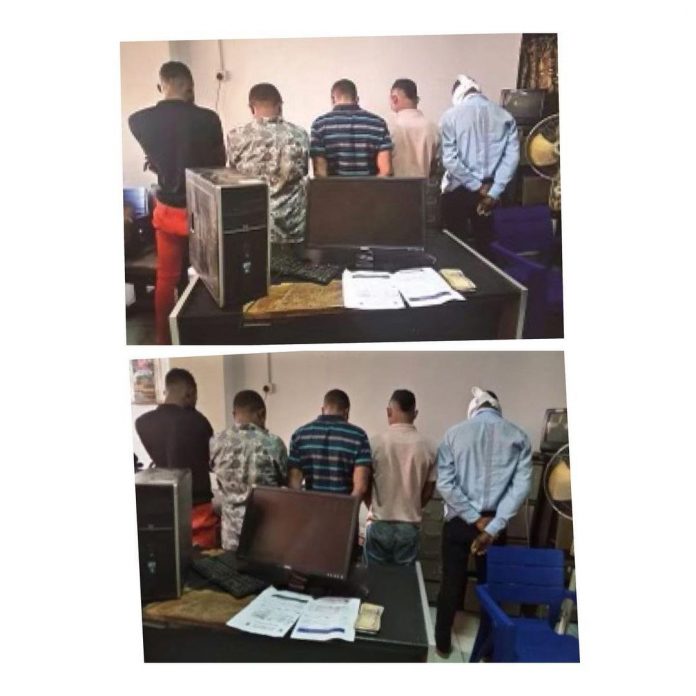 The Police in Murtala Muhammed International Airport (MMIA) has arrested and paraded five persons for issuing fake  COVID-19 certificate, with two others are still at large, Njenje Media News reports.

The suspects, Achibong Idonrenyin, Moses Samuel, Popoola Adewala, Wale Aderele and Abdulmalik Ibrahim, the police said engaged in the sales of fake COVID-19 negative certificates to unsuspecting travellers within the international wing of the airport.

The suspects at large are Shehu Imam and Adeola Dalington who work with Sky Blue Services Limited, a cleaning service at the airport.

Briefing journalists on Thursday, March 4, the Commissioner, Airports Command, Mr Bature Umar, said the incident occurred on February 19 at the airport where a British Airways passenger, Michael Osagbogun, was defrauded of the sum of N50,000 for COVID-19 test.

Despite the payment, he said, the victim who was on his way to London, the United Kingdom was denied boarding by the officials of the airline based on the fake COVID-19 negative certificate he presented at the counters.