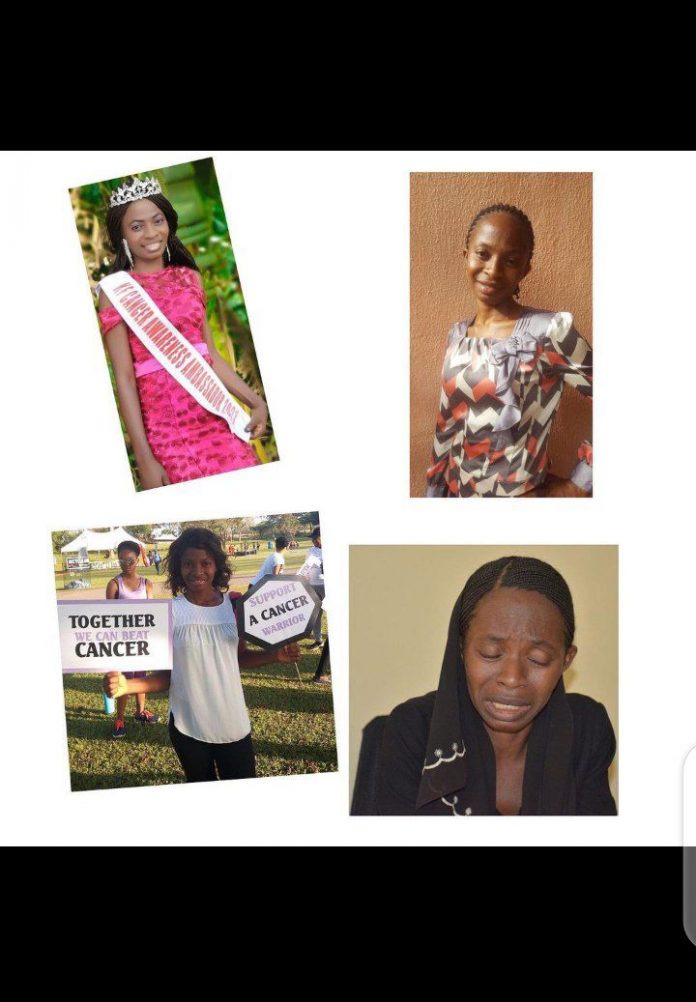 A lady, with name, Serah Shimenenge Yugh, seeking justice against the Benue State University Teaching Hospital after she lost one of her breasts due to an error in diagnosis during her NYSC in 2017.

According to Foundation for Investigative Journalism, FIJ, Miss Yugh only found out about the error after already undergoing 8 chemotherapy sessions, 25 rounds of radiotherapy and a single mastectomy on her left breast.

It was at the National Hospital, Abuja, that her oncologist pointed out discrepancies in the results she presented. According to the oncologist, her tumour marker test showed that she was clear of cancer.

Subsequent back and forth between the two hospitals and the involvement of an NGO, Project PINK BLUE, later confirmed that she indeed never had cancer.

She was later offered a breast reconstruction surgery and a job during a meeting with the then Commissioner for Health, Benue State, but she rejected both offers because she saw it as a ploy to silence her.

The lady, who lost her relationship and her dream to pursue a Ph.D, during the saga, also insisted on knowing how she would cope with the side effects of the chemotherapy, radiotherapy and drugs she was taking.

Sunday Igboho Is Wrong To Have Issued Quit Notice To Fulani...