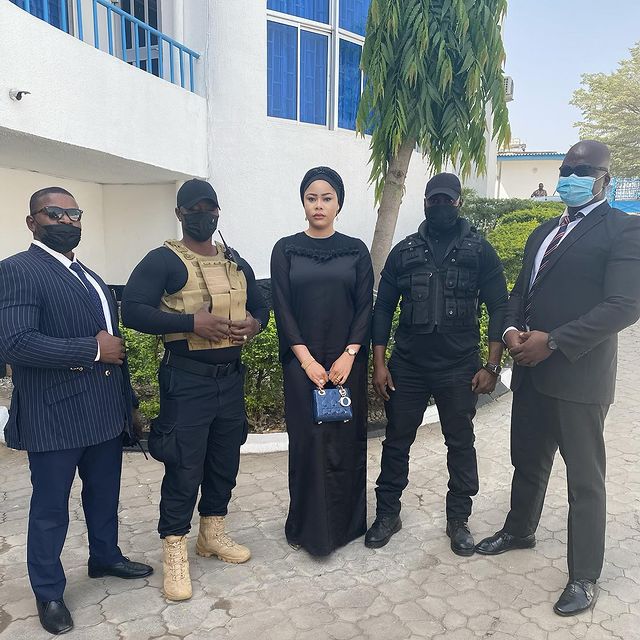 The last may not have been heard of the family squabbles of the former Minister of Aviation, Femi Fani-Kayode as his former wife and mother of his 4 kids, Precious Chikwendu has revealed she’s ready for war over the custody of her kids.

Njenje Media News reports that the former lovers have been at loggerheads over who should be in possession of the kids as the former beauty queen has alleged that she is not being allowed to gain access to the four kids the union produced.

Precious Chikwendu took to her Social Media page to vent her frustration.

“You called me Khalesi because you knew that behind my pretty face , Is a warrior that never gives up. You kept mocking me and said i had nobody but i constantly told you, i have God . Then the jackals thought i’m a tigress and kept off my track but still messing with my cubs. Now this Lioness is out for her cubs and wont stop till the sun stands still . Taking the sticks and stones thrown at me to build a house💪💪💪💪

One of her followers with username @coolrollziggy questioned she had to choose battle over peace, seen in her latest vent.

“@coolrollziggy till you carry a precious first in you, and another fabulous multiple (3) at same time, after too many needles and almost dying of blood cloth from multiple birth, my thyroid taken out 2 months after delivery and later your labor taken from you over nothing, then i will have an answer for you.”

Njenje Media News has not gotten the reaction of the Former Minister to the latest attack from his former wife but we hope with time, he would respond.

I Have Evidence That Imo Attack Was A Ploy To Destabilise...

Cocoa House Elevator Collapses In Ibadan, One Dead, Others Injured