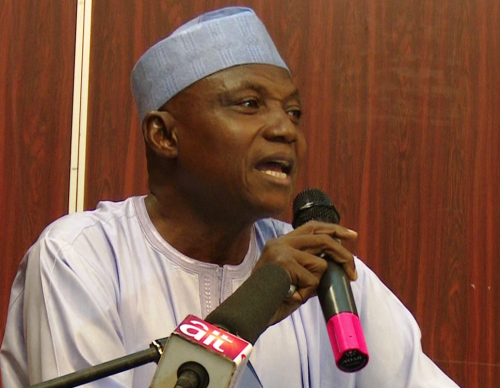 The Committee for the Defence of Human Rights (CDHR) has berated the media aides to President Muhammadu Buhari for comments that seem to show tacit support for herders attacking farmers and host communities, Njenje Media News reports.

According to a report by Sahara Reporters, the group criticized President Buhari for asking the United States to reconsider relocating US Africa Command (AFRICOM) from Stuttgart, Germany, to Africa, right at the heart of the theatre of operation.

The reports had it that Buhari in a virtual meeting last week with the US Secretary of State, Anthony Blinken, said AFRICOM, which partners with countries to counter transnational threats, should be relocated to Africa to strengthen ongoing efforts to check the security situation, with likely effect on other nations.

Reacting, CDHR National President, Dr Osagie Obayuwana, said the call would be a betrayal of the labor of Nigeria’s heroes past who immediately after independence in 1960, successfully fought against the Anglo-Nigerian Defence Pact.

He said, “The request by President Buhari that the headquarters of AFRICOM be moved from Germany to Africa is nothing but an invitation of American troops to intervene in the Nigerian crisis.

“To the CDHR, this is an act of desperation that is not properly thought out. It portends the handing over of Nigeria’s sovereignty to the United States of America at this stage of our national history. It would be a betrayal of the labour of our heroes past who immediately after flag independence in 1960, successfully fought against the Anglo-Nigerian Defence Pact. General Murtala Mohammed would turn in his grave in view of his well articulated presentation at the OAU Summit in Addis Ababa in 1976 titled ‘Africa Has Come of Age’.

“It is bemusing how the Buhari government on whose laps the challenge of consolidating the unity and integration of Nigeria and Africa as a whole lies, who has in our view woefully failed in this historical assignment, can imagine that it is American soldiers that can come to the rescue. President Buhari’s call gives an insight into how poorly he has defined the problem. To imagine that the sense of injustice felt by the East, West, South South and Middle Belt, as well as the poor, particularly in the North, can be wiped out by American military might, is troubling.

“The greatest concern of the CDHR is the thinking within the President’s kitchen cabinet that he, Buhari, can do no wrong and is all knowing; furthermore that all criticisms directed at the quality of his leadership are aimed at bringing his regime to an end and denying Northern Nigeria of its privileges; and as such there can never be a sifting of well intentioned suggestions and even the most reasonable of them are to be rebuffed. To the CDHR, it is in this that lies the root of the pervasiveness of sycophancy amongst the President’s handlers. The most rabid embodiment of this tendency, which is actually self serving, is Mallam Garba Shehu.”

Shehu is the Senior Special Assistant on Media and Publicity to the President.

The group lambasted Shehu over some of his recent comments, saying he “displayed a level of sycophancy that has put serious doubts on his choice of what he perceives as defending Buhari at all costs, even when that goes contrary to common sense, decency and the best interests of Nigeria”.

The statement said, “Clearly Garba Shehu has reached his wits end, and the question is, whether he knows it or not.

“His choice of blind defence of anything Buhari puts into serious questioning his sense of judgment of what is right or wrong, and thus his suitability to continue in the high office he occupies.

“In view of the widespread nature of the mass killings in virtually all parts of Nigeria in the hands of Boko Haram, armed bandits, kidnappers and armed robbers, one cannot understand the logic in the point Garba Shehu seeks to make in his recent remarks that killings are not new in Nigeria, and that the widespread reportage of same is aimed at discrediting the Buhari government. We wonder how convincing Garba Shehu believes he is in canvassing his arguments that what is happening in Nigeria under Buhari is not abnormal.

“This is clearly an attempt to justify a clear abdication of the primary responsibility of his principal. Perhaps this is what explains the usually delayed reaction of Mr. President to these occurrences, sometime spanning periods of as long as five days after the occurrence of the event. We consider how Mr. Garba Shehu reckons that he is being of assistance to Mr. President if he cares to retain the confidence of the generality of the Nigerian people with this kind of warped logic.

“It is to this same Garba Shehu that credit was given also within the past few days when he is reported to have said that killing by Fulani herdsmen would continue until governors like Samuel Ortom of Benue State learn to cooperate with President Buhari. Given the context of the killing of persons of Benue State origin displaced from their homes and residing in camps, this sounds more like an insensitive threat that discounts the grievous atrocity that has been committed. It is certainly not an appeal for collaboration between office holders at all levels.

“There is a taint of unjustified arrogance that characterises pronouncements from the President’s media team headed by Garba Shehu which reminds one of the foundations for this violence laid several years back before matters degenerated to this crisis level. We have not forgotten how the Benue people were callously asked to choose between keeping their lives or letting their land go.

“In like manner, one cannot forget in a hurry the unrighteous indignation with which Garba Shehu castigated those he accused of refusing to forgive or overlook the past vituperations of Isa Pantami after his alleged apologies. The CDHR has searched for the apology till date and cannot lay hands on same. It is clearly convenient for Garba Shehu to ignore the fact that the present crisis Nigeria is embroiled in is the manifestation in the here and now of the teachings of yesteryears by the likes of Isa Pantami; and the chickens have indeed come home to roost, and that the young men who were the recipients of those teachings, out of a sense of entitlement planted by their teachers, are those today parading as bandits and kidnappers, breathing life to those ideals under a regime that as best is indifferent.

“Those of them who went into the Security Services directly or indirectly provide aid at variance with their commitment to the interest of the country. In 2018, Garba Shehu described the Northern and Southern elders who had expressed concern over the killings as shedding crocodile tears. One would not be surprised that he still holds the same views today otherwise, why would he say the killings have always been there, even before Buhari.

“Incidentally, Garba Shehu had consistently put his foot in his mouth. It will be recalled that he it was who savagely attacked Bishop Matthew Kukah for saying that Nigeria has become a massive killing field. Garba Shehu was the one who also blamed the farmers for not getting clearance from the military before going to their farms. He was the one who also said only 10 students were kidnapped in Kankara.”