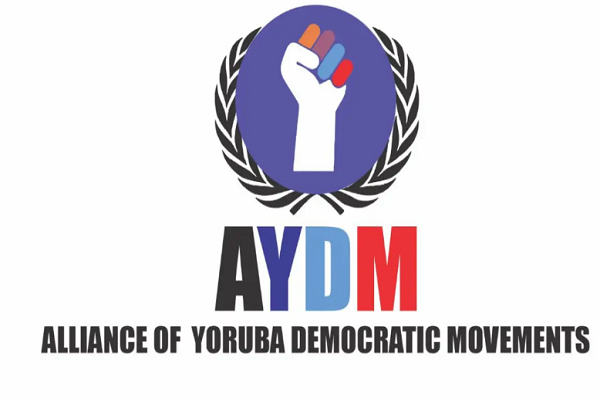 An alliance of civil society and community-based groups in the Southwest has said it will recruit 150,000 campaign volunteers in its bid to ensure overwhelming votes in the region, Njenje Media News reports.

The civil society groups under the aegis of the Alliance of Yoruba Democratic Movements (AYDM) said the campaign volunteers will work across the old Western Region, including Kogi, Kwara, Delta and Edo states.

A statement by its General Secretary, Popoola Ajayi said the Southwest needs to show strength because it is the surest way to inform the local and international community about the real population of the region. “Vote is political and economic power,” he added.

Some of the groups in the alliance include The Covenant Group (CG), the Agbekoya led by Chief Kunle Osodi, the Oodua Peoples’ Congress (OPC New Era),  the Network for Yoruba Alliance (NEYA), the Oodua Students Movement (OSM) led by Comrade Deji Omotoyinbo among the 121 members of the movement.

The AYDM said it would vigorously pursue its earlier position that it would support any presidential candidate picked from the Southwest. He said the country faces very difficult times the worst of which is violent terrorism and economic terror inflicted through poverty and lack of access to opportunities.

The statement said the best option for Nigerians “is to deepen their capacity to choose their leaders and remove or replace them when necessary, which is the essence of democracy”.

The campaign volunteers are expected to work three days a week. After extensive training on communication, they will be required to visit strategic places, institutions, cities, and rural and urban communities, including farm and fishing settlements in the remotest areas.

He said: “In the days of the late Chief Obafemi Awolowo, the Western Region used to be the bride of electoral politics. The region recorded overwhelming votes each time election was held. We can do the same again.”

The general secretary said the group is working to ensure no fewer than 30 to 40 million votes are recorded in states in the old Western Region. He added: “Our strategy is to ensure at least 90 per cent turn out of residents of Southwest on voting day. Our target is all residents in the region, not only people of Yoruba extraction alone.”

The members of AYDM have now increased to 121 different associations of farmers, students, peasants, community-based groups and professional blocs alike.

The AYDM general secretary said four committees have already been set up. The committees are in the following areas: mobilisation, media and public affairs, women, as well as youths.