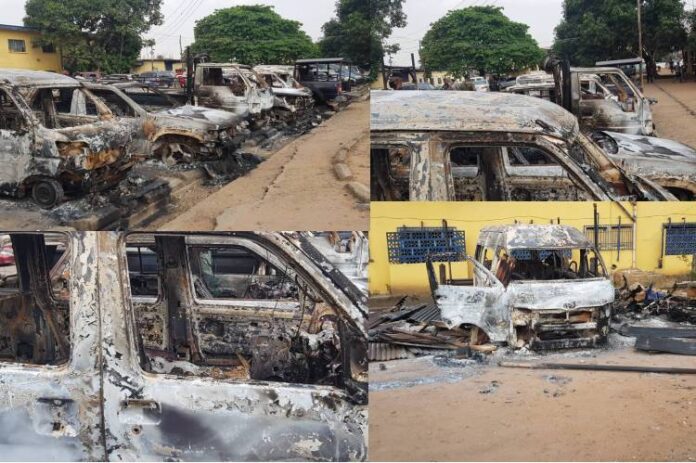 Osinbajo and other officials of the Federal Government, including Minister of Interior, Rauf Aregbesola, had visited the state to inspect the level of damage on the burnt security facilities.

It was gathered that on arrival at the station, the gunmen freed all suspects in detention before setting the Police Divisional headquarters ablaze.

Reports from eyewitnesses said the gunmen operated without any resistance from policemen.

According to a source “Gunmen, this evening razed Ehime Mbano LGA police divisional headquarters. On arrival, the gunmen carrying guns freed the suspects before wreaking havoc.”

Imo Police spokesperson, Orlando Ikeokwu, has confirmed the incident but added that there are no casualties on the part of the Police nor loss of firearms but added that 3 vehicles were burnt by the attackers.