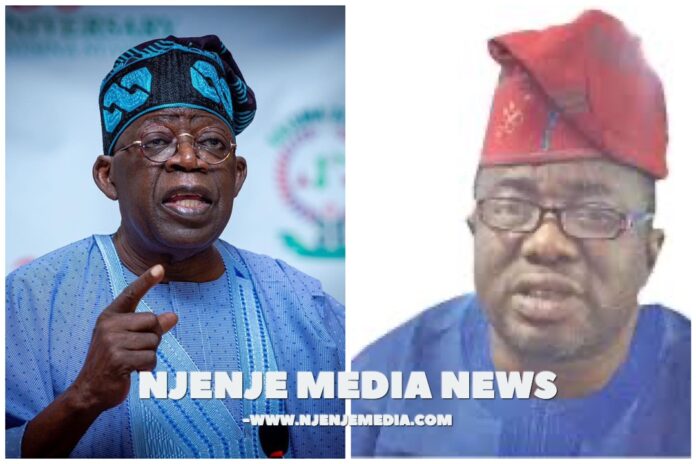 “Lagos is not ABAT’s property. Anybody can lodge in a hotel in Lagos” – Prof. Femi Olufunmilade

Lagos has been a cosmopolitan, global destination with a modern seaport at Apapa since the mid-1800. It became a Crown Colony in 1861. I did a research for the Nigerian Customs, went into the Federal Archives at the University of Ibadan and discovered records of the Customs Administration of Lagos since 1877. Could have been earlier.

Lagos was developed by people from diverse parts of the world. The British contributed their bit, ditto indigenous people, as well as other West African groups like Dahomians, Ghanaians, Togolese, etc. From within Nigeria, you have early settlers like the Bini, and the Tapa, and returned slaves from Brazil and Sierra Leone, and, by the early 1900s, the Igbo began to flock in. Later, the Lebanese came, followed by the Indians. All of these groups have made Lagos what it is before ABAT came out of his father’s crotch, whoever he is.

And, I’m honest enough to admit that the Igbos are number one in terms of the contributions of settler groups to the development of Lagos on all fronts.

As far back as the 1930s, Sir Louis Phillip Odumegwu Ojukwu can be rightly described as the number one investor in real estate and transportation, among others, in Lagos. Till date, his houses at Queens Drive, Hawksforth Road – all in Ikoyi where Tinubu acquired his residence in the latter days – among others, are highly priced pieces of real estate. He was the first to run a modern transport company in Nigeria: the Ojukwu Transport Company, with headquarters in Lagos. He can be rightly described as Nigeria’s second millionaire, coming next only to Candido Da Rocha, whose father, a returnees slave from Brazil, had traced his ancestry to Ilesha. Egbin Waterworks in Lagos was built by Da Rocha with a licence from the British colonial authorities over 100 years ago. His Water House, the headquarters of his water company is still there. Today, Egbin Waterworks is still serving Lagos. It’s now state property. The real owner was the only Yoruba man richer than Ojukwu who was soon rivalled by a shrewd West African and European trader, Alhaji Alhassan Dantata of Kano.

Go to Ajah, Lekki, Ladipo Market, Idumota etc, Igbos have done wonders in real estate development and businesses in general. A huge chunk of the increased IGR of Lagos about which ABAT sycophants will not stop singing, comes from Igbos. Take away their investments today and Lagos will be a shadow of itself.

So, if Igbos on holiday decide to spend their time lodging at a Lagos Hotel, they’re indeed at home. Their investments are in Lagos. The Bible says, Where your treasure is, there will your heart be also.

Whatever ABAT claims to have done for Lagos, the Igbos, over the decades, have done much more. They dominate trading, they’re into manufacturing (look at Emzor Pharmaceuticals), Tecno Phones, Zinox Computers, check out the Fintechs…

Look at the major transport companies from Ekene Dili Chukwu to Chisco. Even the only leading indigenous airline with headquarters in Lagos is owned by an Igbo. I refer to Allen Onyeama’s Air Peace. We for suffer no be small for air travel if not for our friend, Onyeama!

Look at the banks! Diamond Bank now a major shareholder in Access Bank through a merger is owned by an Igbo, Chief Paschal Dozie. And hoping this won’t cause anyone nausea, let me add Peter Obi’s interest in Fidelity Bank. And when you talk of a modern shopping mall, add Obi’s Next Store!

Whatever you may truly attribute to Tinubu as his contribution to the development of Lagos, he couldn’t have done much without the taxes collected from a thousand Igbo businesses in Lagos!

There’s no free lunch in Lagos. Not even under the suzerainty of Tinubu’s ruling dynasty (1999 – we are still counting!). But the Igbos have earned their lunch in the mega city.
Gbam! Good morning o!😃