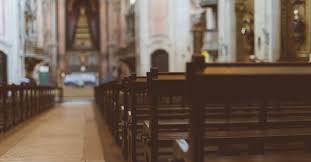 According to CamerounWeb, Apostle Daniel Mbongchom and wife have just completed a three-day crusade in Douala, when the unfortunate incident happened on Christmas eve.

It was gathered that trouble started when Mbongchom asked Vanessa, a gospel singer, to minister at the crusade. Grace reportedly confronted Vanessa publicly and threatened to deal with her if she does not stop sleeping with her husband.

She was said to have made good on her threats when she later confronted her with hot water, scalding her in the process.