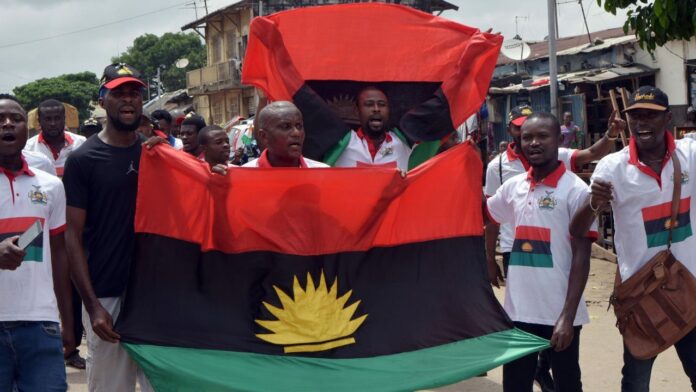 The Indigenous People of Biafra (IPOB) says the Biafra National Guard (BNG) is unknown to them and should not be linked to their nefarious activities which does not correspond with IPOB’S fundamental objectives, Njenje Media News reports.

In a statement by IPOB’S Media and Publicity Secretary, Emma Powerful, the group has observed the unpatriotic and nefarious activities of this BNG and unequivocally dissociate itself from those unpatriotic actions.

According to him, the group has no link whatsoever with IPOB and doesn’t work for IPOB.

Powerful noted that IPOB has nothing to do with any group associated with criminality.

The outlawed group said it’s mandate is peaceful agitation and anything other than that should not be linked to IPOB.

The statement further read that IPOB will deal with anybody or group caught in such barbaric act which runs fool of it’s ideology.

IPOB also warned those it described as unscrupulous elements who use it’s name to collect money from some politicians in Anambra State to desist from such a dubious character immediately.