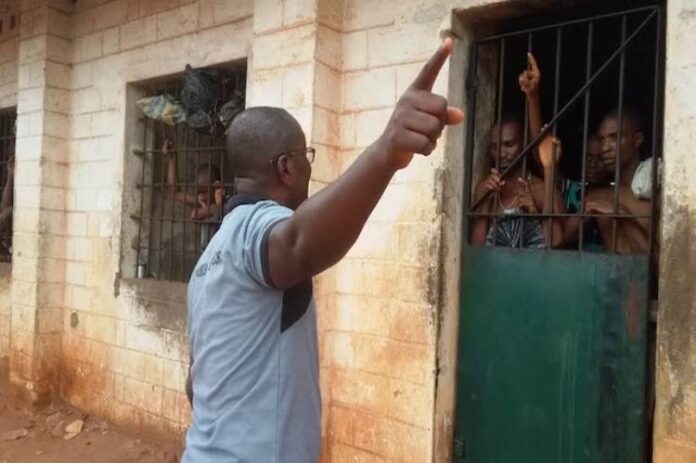 A Jailbreak at the Correctional Centre, Ubiaja in Esan Southeast Local Government Area of Edo State has been foiled.

The escape bid was foiled on Wednesday by personnel of the Nigeria Security and Civil Defence Corps (NSCDC), Edo Command, and other security agencies, according to its spokesman, Richard Ogbebor.

He said: “Edo State Command of NSCDC received a distress call and we quickly mobilized our personnel to the facility.

“In a bid to bring the development under control, some of the correctional officers and NSCDC personnel sustained varying degrees of injury.

“With the assistance of the 4 Brigade of Nigerian Army, Benin and Edo Command of Nigeria Police Force, the inmates were overpowered and taken back to their cells.”

Ogbebor also urged Edo residents to always provide the command with useful information about criminals in their midst.