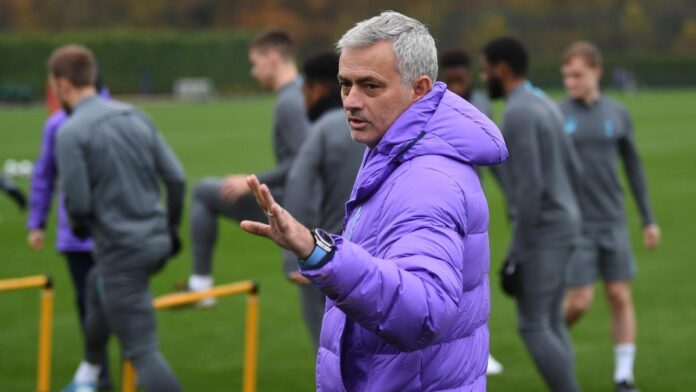 Tottenham head coach, Jose Mourinho, has said he cared less about what Paul Pogba has to say about him, Njenje Media News reports.

Pogba had taken a dig at Mourinho, his former manager at Manchester United, comparing his relationship with current manager, Ole Gunnar Solskjaer to what life was under Mourinho.

“Maybe Ole wouldn’t pick them, but it’s not like he puts them on the side like they don’t exist anymore. That’s the difference between Mourinho and Ole.

“Once, I had a great relationship with Mourinho, everybody saw that, and the next day, you don’t know what happened.

“That’s the strange thing I had with Mourinho and I cannot explain to you because even I don’t know. So, yeah.”

And during his post-match press conference on Friday, after Tottenham’s 2-2 draw with Everton at Goodison Park, the former Real Madrid manager was asked about the comments made by Pogba.

And the Portuguese would not waste his time responding to the Frenchman’s criticism.

“I would like to say that I couldn’t care less with what he says. I am not interested at all,” Mourinho told reporters.

Elon Musk Is Officially The Richest Person In The World